The Knobheads of War 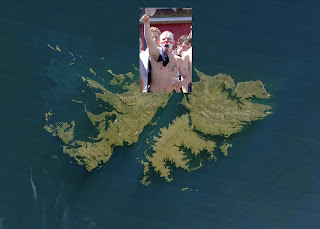 One of my abiding philosophies to try and value all people because I believe all of us are valuable is some way. I don't like to feel disdain for others, however sometimes I feel inevitably forced into that position because of their behaviour. Such an incident took place last weekend when I was on a train. It's been a while since I travelled by train and I always take the coach to go and see Ustane these days, and so I hadn't realized how much I actually dislike travelling by train, despite the advantages of the railway in terms of speed and comfort etc. My dislike of railway travel is for several reasons. One of those reasons is that coach travel seems to attract nicer people. This could be because on a coach alcoholic drink is forbidden, whereas on board a train you are positively encouraged to pour money over the buffet counter to consume their overpriced cans of lager and cider.

It was early evening and I was sitting in the crowded carriage of a train between and . A few yards away from me on the opposite side of the aisle was a group of four young men sitting round a table. They were drinking heavily and had been for some times judging by the row of empty Stella cans lined up between them, and also by their conduct. They were talking loudly and using a lot of foul language. Then the subject came up of the . These islands off the coast of are British territory despite being on the other side of the world from , yet the neighbouring country of claims them too and famously invaded and occupied the islands in 1982 until they were deposed by the British armed forces; this became known as the Falklands War. These men were obviously very much opposed to the Argentine claim on the islands, very opposed indeed. They became aggressive and animated as they discussed the subject. Their epithets included violent diatribes against the very attractive but somewhat untrustworthy president of , Cristina Fernandez de Kirchner, see: http://en.wikipedia.org/wiki/Cristina_Fern%C3%A1ndez_de_Kirchner. One of the men expressed a desire to rape and mutilate her. Ironically I agree with them that has no right to take over the against the wishes of the people living there; people who unanimously want to remain British. In fact the BBC sent a film crew to the to interview any of the residents who supported the Argentine claim and they couldn't find a single person. What bothers me about the entire issue is that I can sense a silent undercurrent going on so clearly. We've been told that Margaret Thatcher used military force in 1982 to oust the Argentine occupation of the Falklands for reasons of patriotism and humanity; the Argentines were illegally occupying British territory and Thatcher cared for the people who lived there and their rights to self-determination. I am definitely not the only person in the world who feels deeply cynical about that professed motive; since when has the Government cared about the wishes and rights of ordinary people before? Also the ' wool industry and turnip farms hardly justify the conflict either. Here's the brilliant Nick Kollerstrom being interviewed about the subject: http://www.richplanet.net/starship_main.php?ref=94&part=1. The sea around the was prospected for oil shortly before the 1982 war and was found to be rich in deposits. This was confirmed once more with new strikes in 2010, coincidentally at the time Kirchner began upping the ante about the Argentine claim again. This was a prediction that I made which came true. There's no way Thatcher would have gone to the trouble of liberating those islands if it hadn't been for this fact; and would she have had to anyway, because would Argentina have bothered to invade them in the first place, see: http://hpanwo-voice.blogspot.co.uk/2010/03/falklands-war-ii.html? However there may be even more to the story than that; as David Griffin has recently discovered, there may well be extraterrestrial intervention involved. Here is a frightening but fascinating video about the role UFO's and aliens might have been playing in the sovereignty dispute: http://www.youtube.com/watch?v=BCJSKhtTtC0. Might there also be a connection to what I learnt from "Jack", see: http://hpanwo.blogspot.co.uk/2008/07/jack-of-antarctic.html.

I doubt very much if the four men on the train had ever considered these elements to the Falklands Conflict. To be honest, judging by the intellectual level of their conversation, I'd be surprised if any of them could point to the on a map. They had formed strong views on the issue, but these views were not born out of calm and thoughtful analysis, but instead out of a very blunt and primitive emotional complex. All they knew was that their country was at war against another for some reason and this engendered a very base and primeval rage from the lowest and simplest parts of their brains. It's sobering to read pro-war media propaganda with this in mind because the authors of such propaganda are so obviously aware of this, and they deliberately design their publications to appeal to that level of our mentality; here's a very famous example from the 1982 Falklands War: http://en.wikipedia.org/wiki/File:The_Sun_(Gotcha).png. What disturbed me most about this experience was the reaction from the other passengers on the train. As I said, the cabin was crowded and the sadistic and obscene rants of these four thugs must have been audible to everybody in it, but they didn't seem disturbed by them. This was a strange and sinister observation; I'm sure that normally somebody would have challenged them and told them to shut up. Was it because the four louts were discussing the that the people around them didn't react? Had they too been psychologically conditioned to feel respect for military jingoism, even if their own conditioning wasn't as obvious?

Hi Ben!
I agree fully about trains and XS alcohol guzzling... but I also always laugh at the lyrics from the tune by "The Divine Comedy" - about a trip on National Express where they make some astute observations :) !
- The Falklands issue was most definitely about far more than a few rocks in the South Atlantic and even the rights of British citizens. Look below the maze of British/Argie relations, Argentinian domestic policy and the usual waffle about oil and fishing rights and much more becomes evident.
Like any conflict though - once you add to the mix the programmed Xenophobia and amplifed military based patriotism - it not only becomes harder to examine an issue clearly - it becomes somewhat taboo! The behaviour and attitudes of the ppl on your train are at the extreme end of that - where war knob-head-ism means any sense of balance and inquiry becomes lost.
It's worth noting that during my research - despite asking on multiple forums for service men from the era - only 2 British servicemen got in touch, whereas despite the language issue - I had contact with 4 or 5 Argentine military and logistics staff. Most of those agreed that their country made an error in invading when it did... but of course the issue isn't as simple as that once you encounter the components Alec Newald highlighted and Marconi's possible role in the mid 1980s.

Thanks for the comment, DavID. It's certainly a difficult puzzle to unravale. I'm glad you found some of the veterans who are willing talk about it, when there is so much rhetoric and polarized extremism over the issue of the Falklands. Keep up the good work with Newald and hopefully the truth will come to light soon.

why be suprised nobody said anything , you didnt either - im sure the threat of potential violence put them off just like it did you?

Anon, if I was put off challenging them because I was afraid then it was a failing on my part and I apologize. Next time I will try to be different. But you're wrong about the other people; there was no fear in their eyes, there was INDIFFERENCE... even REVERENCE.