Hancock and Sheldrake censored by TED 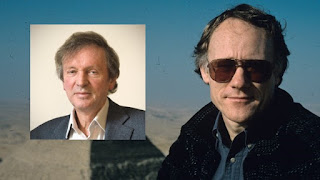 TED (Technology, Entertainment and Design) is an international conference host organization that operates under the slogan “Ideas Worth Spreading”. It gives short stage addresses, usually less than twenty minutes, to such renowned names as Bill Clinton, Bill Gates, Al Gore and Stephen Hawking. I’ve always enjoyed the TED Talks and subscribe to their YouTube channel: http://www.youtube.com/user/TEDtalksDirector. Science is a big part of their mission, quite rightly, and they feature many eminent scientists. Although they often host Skeptics like Michael Shermer: http://www.youtube.com/watch?v=b_6-iVz1R0o Richard Dawkins: http://www.youtube.com/watch?v=VxGMqKCcN6A and Susan Blackmore: http://www.youtube.com/watch?v=fQ_9-Qx5Hz4. They’ve always come across as very open-minded and have given a platform to the likes of Jill Bolte Taylor, see: http://www.youtube.com/watch?v=UyyjU8fzEYU. I was therefore not surprised and very pleased when they hosted Graham Hancock and Rupert Sheldrake, see:  http://www.youtube.com/watch?v=-b6-0yW7Iaw and: http://www.youtube.com/watch?v=JKHUaNAxsTg. However if you look at these last two links you’ll see that they’re hosted by different users, those who have mirrored them. HPANWO Forum member Hyperborean has made me aware that these two men have had their videoes removed from the official TED site after “recommendations” from their “science board” and their “community”. TED have put up a statement explaining their decision: http://blog.ted.com/2013/03/14/open-for-discussion-graham-hancock-and-rupert-sheldrake/. They dispute the allegation of censorship because they have reuploaded the two speakers’ lectures in the “Open-for-Discussion” (YouTube channel: TEDConversations) part of their site. According to Graham Hancock this fringe ghetto was only added to the site after his and Sheldrake’s videoes were removed, because accusations of censorship began, see: http://www.disinfo.com/2013/03/graham-hancock-calls-out-teds-blatant-censorship/?utm_source=feedburner&utm_medium=twitter&utm_campaign=Feed%3A+disinfo%2FoMPh+(Disinformation. It receives far fewer views than the rest of the Ted site.
I have written many time before about the dangers of Skeptocracy, see: http://hpanwo-voice.blogspot.co.uk/2012/06/richard-wiseman-skeptocrat.html. I’m deeply dismayed and angered by the censorship… yes, that’s what it is… of Graham Hancock and Rupert Sheldrake. How dare TED keep information from us that they had already agreed to publicize because of a handful of letters from the Skeptic equivalent of Disgusted-Tunbridge Wells! This proves once again that to be a Skeptic is to hold an ideological position that is not directly related to science at all. I know how poisonous and acidic a Skeptic complaint can be but that’s no excuse! We, the viewing public, have the right access all the available information from all sides of the issue and to decide what is or is not “pseudoscience” for ourselves, thank you very much! I demand that TED immediately restore Sheldrake and Hancock’s lectures to their rightful place on the main TED site whence they came. What makes me most sad about all this is that if they removed Shermer or Dawkins because somebody complained I, a staunch non-Skeptic, would be the first to leap to those speakers’ defence too.
Posted by Ben Emlyn-Jones at 21:37

Same as youtube which is overly sympathetic to gays because, youtube censorship staff are gays, it wouldnt surprise me if the same thing applied at TED. Sheldrake is a Christian after all which stimulates visceral hatred from the gay "skeptics"

And I have found some potent chatline observations that the skeptoids are actually politically correct white supremacists. You will roll up laughing at how its deduced.

And I have been calling them the Klan for quite some time.

I'm doing a page on this, Ben

Interesting post. I too enjoy the TED talks, the point of their confrences is to openly share information and ideas, and I never thought they would bend down to censorship so easily.
I don't suppose you would be interested in sharing your blog on Glipho? We're a new social blogging site focused on creating an active, creative community of writers, and I'm sure our users would love your blog and have a lot to discuss with you. You can import all your old posts over without affecting your existing blog too- take a quick look over at http://glipho.com and see what you think.

Thanks for your time, and feel free to ask me any questions- and thanks for the interesting blog!

I recently came across your blog and have been reading along. I thought I would leave my first
comment. I dont know what to say except that I have enjoyed reading. Nice blog.
I will keep visiting this blog very often.
flights to Umrah
cheap flight to jeddah
flights to jeddah
umrah jeddah flights
umrah flights from London
cheap flights to umrah