David Icke- from Wogan to Wembley 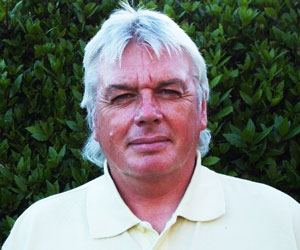 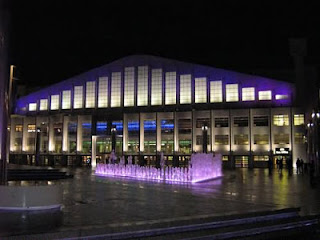 (Credit for the title of this article is not mine; it must go to my friend Rob Treehouse.)
In 1990 the BBC sports correspondent David Icke arranged a public lecture at Devises Town Hall in Wiltshire. Twelve people turned up and David put away the chairs himself at the end, poorer afterwards than before. His response to this disheartening outcome? To keep going! On Saturday the 27th of October 2012, twenty two years later, he hosted an all-day lecture at the Wembley Arena, one of Britain’s largest and most prestigious venues, in front of over five thousand people and many many more on a live, international Internet stream. I was one of those who had the privilege of attending.

The weather was very different to David’s previous UK events which tend to take place in the spring or summer. This late October day was unseasonably cold and my hands were numb as I staggered along the windswept road through the modern Wembley complex. Ustane walked next to me her hands plunged deep into the pockets of her overcoat. I realized that I should have brought my gloves and woolly hat. At the end of the road the huge steel-framed bulk of Wembley Stadium came into view; its classic twin-towered, stuccoed entrance replaced by a huge arch support in its recent renovation, towering hundreds of feet over the stadium like a metal rainbow. It struck me that when he was a footballer David must have dreamed about playing there one day. It was not to be because of the way his career was brutally cut short by arthritis in 1972; yet at the time did he ever suspect that forty years later he’d be speaking at the neighbouring Arena about the issues he does today? I doubt it. I tried to make some HPANWO TV videos on my mobile phone camera because I thought my usual Sony camcorder would be confiscated at reception, as was the case with a few people at David’s previous shows in the Brixton Academy, see: http://hpanwo.blogspot.co.uk/2010/05/see-here-for-my-report-on-previous-live.html ; but as I said, my hands were numb so I had trouble operating the phone-cam. Also the quality would have been very poor so in the end I gave up and decided to do this written report instead. As we entered the Arena and had our tickets checked we were also subjected to a body search; not to the intimate extent a drugs-smuggler might receive at customs, but we still got a pat-down. I was afraid that they might have the X-ray body scanners airports have… Shhh! Mustn’t give them ideas! That would be very ironic at one of David’s talks, even more so than the photo he showed of the plaque on a house saying “George Orwell lived here” right next to a CCTV camera. However it was happily not that bad; and I’ve also checked the map and was pleased to see that there are no suspicious-looking street plans around Wembley like there is in Brixton, see: http://hpanwo.blogspot.co.uk/2008/05/brixton-pyramid.html .

Wembley Arena was originally built as an Olympic swimming pool in 1934 but has since been converted into a concert and sports hall. There was a far larger and better equipped foyer area here than there was at Brixton. Ustane quickly bought a copy of David’s new book, Remember Who You Are at one of the merchandise stalls, see: http://www.davidicke.com/headlines/72826-david-ickes-new-book-remember-who-you-are-is-now-available-as-an-e-book-for-immediate-download This was also the title of the event. The auditorium of the Wembley Arena is the biggest room I’ve ever been in. It was only when I looked across at the people on the opposite side that I understood how massive it was; it makes even the West Wing atrium at the John Radcliffe look small. It’s hard to believe a space so huge could be enclosed. One of our friends who was there, a lady who runs a child abuse action group, told me: “The day will come when David will pack out Wembley Stadium!” I do hope so. The thousands of audience-members slowly congregated in their seats. I was told by several people that for large proportion of them this was their first ever David Icke live event, which is great news. Ustane and I had two seats next to each other on the left hand side terrace, near the back; not the best ones in the house, but good enough for us to see David clearly on the stage. Unfortunately we were also very close to the entrance staircase to our block so for the first hour or so late-comers constantly crowded past us, blinking in the dark and searching for their seats with confused expressions. Luckily ushers with torches were on hand to help them, but it was still irritating. My seat was comfortable enough, but I had to swivel round to face the stage so started to suffer from pins and needles in my bottom after a while. It was chilly in the auditorium and so most people kept their jackets on, as if we were outdoors. However difficult this was you can bet David was finding it more difficult. But he carried on without complaining so what excuse did we have?

I was familiar with some of the information David was presenting, having been to… how many is it now… seven of his live shows before? However this talk differed from all the previous ones David has given in several ways. Firstly it was far longer; it was divided up into four segments, with intervals in between, instead of the usual three. All in all David spoke for about ten hours and we were there for about twelve. Secondly it featured some live music. The segments all began with songs played live by Gareth Icke, David’s son, who is a singer-songwriter. I’ve heard him play twice before, at a pub in Harrow in London and at AV3 in Bristol, see: http://hpanwo.blogspot.co.uk/2009/11/alternative-view-3-part-1.html . On those occasions he’d played solo and unplugged, but this time he was accompanied by a full rock quartet which filled the Arena with energy. He began with his appropriately-titled song Remember Who You Are, and later on played another, What’s Love without Meaning, which is available as a single, and which was actually launched on Programme 6 of HPANWO Radio, see: http://hpanwo-radio.blogspot.co.uk/2012/07/programme-6-podcast-ellis-taylor.html Musical interludes were also provided by a troupe of very individualized and mixed dancers who moved independently to scintillating spiritual music. Ustane remarked how similar this style was to bellydance, which is always performed either by a solo dancer or by a troupe moving without formation. This is very symbolic to me of nonConformism in general; the need to metaphorically dance to the beat of your own drums. It was very effective and the audience began clapping along to the music.

The first segment of David’s talk was about the holographic nature of reality; something I’ve heard David discuss before, but never in this much detail. As always he brings his lines of research up to date with all his latest discoveries and conclusions, so there’s always new material to learn about. For instance David has started reading Wal Thornhill, of whom Ustane and I are fans too, and his theory of the electric universe, see: http://www.holoscience.com/wp/ At the beginning of the second segment David told us how a reporter from The Independent newspaper had turned up and wanted to do an article on the Wembley event, but had only just arrived. Too late to hear the opening segment which David regards as essential for understanding everything that comes next. David was openly angry about this; and that’s understandable after his experience with The Guardian a few years ago where a journalist again arrived late, hardly paid any attention to what David said and then went away and wrote an article calling him a “New Age Nazi” which was illustrated by a photo montage of David dressed like Adolf Hitler! During the second and third segments he spoke about the history of Planet Earth from a conspiratorial perspective. David and I have both understood the true nature of the phrase “The Fall of Man” which is independently repeated in myths around the world in culture after culture. It seems that in the past we lived in a paradisiacal state symbolized by the Garden of Eden, Atlantis etc, but then something went badly wrong. Neither I nor David are suggesting that it literally involved a snake and somebody eating an apple etc; but these stories are very important to study as allegories for what actually took place. The event which changed everything David calls “The Schism”. It appears to be when intelligences of some kind from beyond this universe, outside the 3D-linear time umwelt that we can perceive, the three dimensions, invaded this one to steal its spiritual energy. David likens this to a scientist working in a sealed glass tank with those gloves that poke through holes in the walls. The gloves in this case are the Illuminati bloodlines, which again appear in legends all over the world, even from cultures that apparently had no contact. This is the cause of the New World Order and psychically-sensitive people can see these individuals taking the form of the Reptilian humanoids. This sounds crazy, but if you saw the first part where David talks about “decoding” the nature of reality it all fits. Hence, David’s annoyance that the reporter from The Independent missed that important first segment. This is key to understanding the whole subject and therefore the reporter is probably typing out an article about how: “He reckons they’re all lizards! Ha Ha!” as we speak.

The third segment was all about the conspiracies that are currently plaguing the human race as the Illuminati attempt to goad us into the New World Order: 9/11, 7/7, the financial crash, vaccines, chemtrails and so much else. But the ending was very uplifting and this was where the music was used again. Gareth came on and played and David also showed a song about how we all need to “choose love”. It sums up very much the whole theme of David’s lecture, see: http://www.youtube.com/watch?v=YHpy_k_kMTU This was when I think the loving energy David planned to release into the world to counter that being injected by the Illuminati at Satanic rituals really burst out. It was one of those tearful-and-smiley moments that are so joyful and so precious. Then the dancers entered the stage again and we all came together in a pantomime of positivity! We all jumped into the aisles and joined in with David’s “Non-Comply-Dance” David himself danced and sang along as well… and he did a good job too, despite telling us earlier he was a crap singer

Ustane and I left the Wembley Arena to catch our train back to where we were staying full of light and inspiration. I’m so glad I went and want to give a big thank you to David for hosting this event, and also to everybody else involved who made David Icke-Remember Who You Are happen.
Posted by Ben Emlyn-Jones at 19:58

Thank you for the write up, lovely! :)

i was there - it was amazing. i choose love

Thank you Soul Brother. One Love :)

Thanks for your review and best wishes

I watched most of the event on the live feed, then have re-watched it in broken down hour-long segments each day. It was a brilliant event.
The people of the planet need to hear what he was saying because it was serious "wake-up" material.
If everyone heard his words, and learned how they are being f****d in a bar-less prison every day, there would be a revolution tomorrow, but sadly the mainstream press did their usual "hit pieces" on him afterwards, making certain the masses will never be able to open their minds to this kind of information.