The Worst TV Documentary Ever! 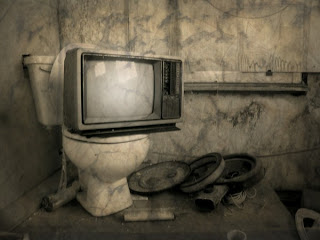 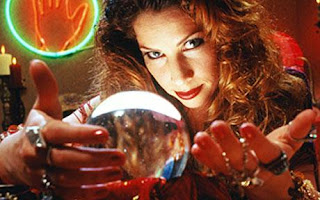 Watch Equinox- The Secrets of the Psychics here: http://www.youtube.com/watch?v=EoQ3TztOYt8

I think that this TV programme: Equinox- The Secrets of the Psychics, is probably the worst TV documentary I have ever seen. It is a feature-length special produced by the long-running science series on Channel 4 Equinox; which is similar in style to the BBC’s Horizon (Of which I’ve written a lot about, EG: http://hpanwo.blogspot.com/2007/12/more-horizon-doomsday-mongering.html) Equinox have actually brought out a few pretty good programmes over the years. This one for example: http://www.youtube.com/watch?v=vghjGwvmrqE What possessed them to produce The Secrets of the Psychics!? Not only produce it as part of their regular weekly one-hour repertoire, but as a feature-length special! I think my comment in the box (“benthejrporter”) says it all: “Thanks for uploading this. It was extremely educational to watch and I'd recommend it to everybody. It's not often I get to examine such a monumental piece of unprofessional, one-sided crap as this programme! Equinox used to make some brilliant documentaries; shame I have this one very black mark to give them.”

This programme is not only completely and shamelessly one-sided in its narrative; in the fictionalized scenes of psychical research experiments it portrays the scientists conducting the laboratory tests as elderly buffoons whose eyes goggle in astonishment at the antics of Eusapia Palladino and the others; with the notable exception of Harry Houdini, who is far more heroic in character (See here for more details about Houdini: http://hpanwo.blogspot.com/2009/05/houdini-code.html). In truth the actual papers relating to those experiments could tell a very different story; I recommend the book Randi’s Prize by Robert McLuhan for more details: http://www.skeptiko.com/randi-prize-exposed-in-new-book/ . What bothers me most about all this is that I get the sense that the programme’s producers are not even aware of their mistake. It’s as if they have never even considered that there’s another side to the story to tell!
Posted by Ben Emlyn-Jones at 17:21