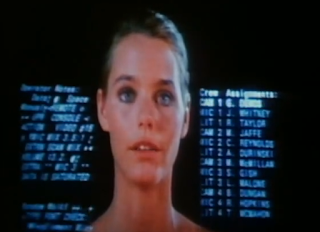 I was sad to hear about the death of the actor Albert Finney yesterday at the age of eighty-two, see: https://www.bbc.co.uk/news/entertainment-arts-47175304. He is best known for playing Hercule Poirot and the main character in the famous drama Saturday Night and Sunday Morning. However my favourite of his films is a rather obscure and less critically acclaimed one called Looker, see: https://www.imdb.com/title/tt0082677/. It is directed by Michael Creighton of fame. Albert Finney stars in it as a cosmetic surgeon called Dr Larry Roberts who does a lot of operations on young actresses, giving them conventionally perfect features for the television advert industry. A murder mystery ensues when these young women are all eliminated one after the other. As a prime suspect himself, Dr Roberts decides to investigate for himself and his inquiries quickly lead to a local electronics firm that is producing computer generated imagery. CGI is something we take for granted today, but this film was made in 1981 when the technology was experimental, even science fiction. In the film, the company plan to make real thespians obsolete by replacing them with CGI figures that are so realistic as to be indistinguishable from conventionally recorded humans. This possibility now exists for real, see: https://hpanwo.blogspot.com/2007/09/bin-laden-synthespian.html. The firm is killing these girls to remove the competition and trying to frame Dr Roberts. Now that the company has digitally cloned them, the real people are no longer needed, and indeed are a liability because they might start demanding commissions or the reform of copyright law. However, Dr Roberts uncovers another and even more sinister conspiracy. The company have developed a way of hypnotizing people simply by shining a special light into their eyes. This can be used as a weapon to render people temporarily unconscious and catatonic or to make somebody else appear invisible to them. The murderer who killed these young actresses uses this weapon to carry out the crimes. A sinister industrialist called John Reston, played by James Coburn, has contracted the company to mesmerize the viewing public into voting for a certain politician by including this luminous mind control weapon into TV broadcasts. The film might be science fiction, but one half of its plot has come true. Has the other half? Looker can be watched on YouTube for a small fee: https://www.youtube.com/watch?v=xMKYliwPSOE.
See here for more information: https://hpanwo-voice.blogspot.com/2018/04/muckrock-documents-update.html.
And: https://hpanwo-voice.blogspot.com/2017/02/eternal-sunshine-of-spotless-mind.html.
And: https://hpanwo-voice.blogspot.com/2018/04/accidental-release-of-mind-control-files.html.
And: https://hpanwo-radio.blogspot.com/2017/10/programme-253-podcast-kieron-lee-perrin.html.
Posted by Ben Emlyn-Jones at 15:25