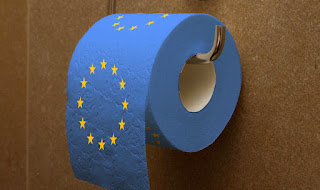 It has finally happened. The long drawn out process of denial, disbelief, bargaining, recrimination and heel-dragging and is finally over. On , eight months and six days after the LEAVE vote won in that fateful referendum, the Prime Minister Theresa May sent a letter to Donald Tusk, the President of the European Council, formally announcing 's departure from the European Union in accordance with Article 50 of the Lisbon Treaty. The letter is positive and it seeks cooperation and friendly relations between the and the EU. It addresses many of the concerns people have about the makeup of the future independent ; economic, political and social obstacles etc, see: http://news.bbc.co.uk/1/shared/bsp/hi/pdfs/29_03_17_article50.pdf. What will follow now is a series of negotiations, lasting a maximum of two years, to organize 's new relationship to the continent and the rest of the world. For me this is a moment to breathe a huge sigh of relief. A part of me always doubted it could happen and that the manipulators would find some way to wriggle out of it, see background links for more details. The Remoaners have wailed anew with portents of doom, but even they have accepted that it's now too late to turn back. If Godzilla is inevitably coming to chew up our cities and catch fighter jets in his teeth, no nuclear torpedo can stop him. During the Leave campaign Boris Johnson suggested that June the 23rd should be our Independence Day. Perhaps March the 29th could; or maybe we could have two independence days. Either way, on those days every year you will hear, as Ben-Hur said: "A shout of freedom that the world has never heard!" Amazingly I still get asked on that great internet fighting pit, Facebook, why I support Brexit. My reply is always with a gasp of mock-confusion: Would they ask an Irish rebel in 1918, or Gandhi and Nehru in 1947, "but why do you want your country to be free?" (I would have written about this on the day, but I was away at the High Wycombe Paranormal meet-up group).
See here for background: http://hpanwo-tv.blogspot.co.uk/2016/06/brexit-reality.html.
And: http://hpanwo-tv.blogspot.co.uk/2017/03/richard-dawkins-patronizing-git.html.
And: http://hpanwo-voice.blogspot.co.uk/2016/09/brexit-awaits.html.
And: http://hpanwo-voice.blogspot.co.uk/2017/02/mps-back-brexit-now-shut-up-and-do-it.html.
And: http://hpanwo-radio.blogspot.co.uk/2016/06/programme-193-podcast-eu-referendum.html.
Posted by Ben Emlyn-Jones at 16:29