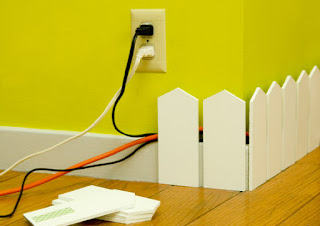 A man from in has been prosecuted for "recklessly" generating his own electricity, see: http://www.bbc.co.uk/news/uk-scotland-tayside-central-20463857 Charlie McKenzie is alleged to have rigged up a dangerous homemade transformer in his flat in a council tower block. Several cans of petrol were stored nearby, presumably to fuel some kind of generator, although the article doesn't give details about that. As far as I can tell there may well be some health and safety issues connected with this case; cans of petrol not stored properly can obviously constitute a major fire risk. I'm not at all sure that criminal proceedings are necessary though. Unless he was ordered to remove the apparatus by the council and refused; in which case why doesn't the news story say so? The overreaction for the authorities makes me suspicious. How exactly was this electricity being generated? All we're told about is that there was a transformer, a battery and petrol. Perhaps the petrol was not there at all and was only planted by those in power in order to frame him. What I'm getting at is that maybe Mr. McKenzie was using some kind of Free Energy device; the battery and transformer were pieces of a Zero Point power-plant. If this was the case then it's no wonder the authorities have come down on him so hard! See here for background: http://hpanwo-tv.blogspot.co.uk/2012/12/nuclear-fusion-power.html .
Actually, even if there was no Free Energy involved here the overreaction by the authorities is still puzzling and incriminating. As I said in my films linked above, the authorities consider it extremely important that we, the people, are using their power which they generate, regardless of the fuel source involved. It reminds me of a scandal a few years ago in which people with diesel engines were running them off cooking oil (I could have sworn I wrote an article about this at the time, but I can't find it now.) This is perfectly safe and will do the engine no damage. The oil doesn't even need to be clean; in fact you can just offer to "dispose" of old oil from a chippie for them, so long as you strain out all the large fragments with a sieve. The response from the authorities was hyperallergenic! They immediately set up an entire police unit (nicknamed the "Frying Squad", ha ha ha!) at great expense to track down the people running their diesel vehicles off cooking oil. The exhaust of engines run on cooking oil has a distinctive odour which the sensitive noses of the Force used to round up those nasty little felons. The motive given by the authorities was that this practice is tantamount to evasion of the fuel tax. So let me get this straight: These people are accused of not paying tax on a product that they haven't bought! One might be forgiven for replying: "This is my car! Why can't I choose what fuel I use in it?" the answer is because, unfortunately, as far as our lords and masters are concerned these vehicles are not ours; we're just leasing them for the purposes of donating our hard-earned pittances to oil companies. If you've not watched my films Nuclear Fusion Power and Freikraft it's in your interest to do so now. In the case of the cooking oil, and also this recent case of Charlie McKenzie, no Free Energy was involved and yet the authorities went into apoplexy over them. Imagine how they'd react if it was!

BTW: Do not try to run your car off cooking oil if it has a petrol (gasoline) engine. It will do terrible damage to it!
Posted by Ben Emlyn-Jones at 12:44