Kevin Annett and the Archbishop 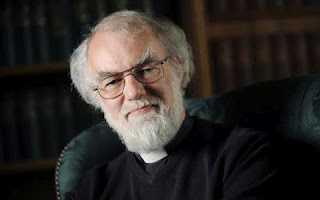 Kevin Annett has requested an interview with Dr Rowan Williams, the Archbishop of Canterbury, see.

To whom it may concern,


As you may be aware, I represent survivors of Anglican residential schools operated by the Crown of England across since 1832. For some years now, we have campaigned to win redress for victims of these facilities, and full disclosure of crimes committed under the auspices of the Crown and Church of England.


Last October, at the oldest such Anglican school in , the in , we commenced excavatiions at the site of alleged mass graves of children who died in that facility. We have already discovered forensic evidence confirming these deaths.


We have also learned that the Huron Diocese of your church, and Bishop Bob Bennett, has concealed documentary evidence of the deaths of children at this institution, and are actively covering up the fact that church officials apparently knew and condoned these deaths of Mohawk children.


As part of an international inquiry sponsored by European human rights agenices, I will be in in September. I would appreciate the opportunity to sit down with the Archbishop at that time, at his convenience, in order to discuss these matters.


Please be advised that officials of your church will be named in upcoming class action lawsuits. I urge you and the Archbishop to meet with me to try to resolve this situation.


I look forward to your reply.