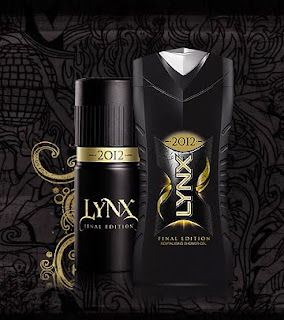 How many of you have seen this?: http://www.youtube.com/watch?v=BM9JTqDF4Ak

The latest fragrance in the Lynx for Men range is called 2012, funnily enough as we’re about to enter that year. In the above TV advertisement, which is being broadcast regularly at the time of writing, the producers have alluded to the various transformational and apocalyptic ideas connected to that year. These have now entered the mainstream, but in a very distorted and negative way thanks to the blockbuster film by Roland Emmerich 2012. This advert jumps on that bandwagon and blends in a more familiar and engrained catastrophe myth, Noah’s Ark from the Book of Genesis.

I find this ad very tacky; it has many of the themes promoted in the “Lad Mag” genre, Loaded, FHM and Nuts etc, which I’m sure is a form of mind-control; but that’s a story that deserves a longer article of its own, however I incorporate it into my novel Rockall. See: http://hpanwo-bb.blogspot.com/2009/03/rockall-chapter-4.html This is the relevant passage:
“Kayleigh.” Mrs Ford put down the rolling pin and came around the table to face her daughter, brushing the flour off her hands. “Watching TV and reading magazines like Sorted M@n is not the way to find out what men are thinking. It’ll only tell you what they’re supposed to be thinking. Even when lads talk together, they’re not saying what they really think; they’re just saying things that make them sound cool and sophisticated to their mates. And that means regurgitating the kind of crap you find in Sorted M@n.
Kayleigh hesitated. “Why?”
She took out two teacups and switched on the kettle. “When I was a girl I took sociology in my last year of school. I was a wee bit plump in those days and was a member of Pound-Shedders. I decided to do a paper on the diet industry for my O-grade, thinking it would be something I could easily research. I found out that Scottish women spend two and a quarter billion pounds a year on slimming products! Somebody is getting very rich on women wanting to lose weight. I managed to find out who they were too. Pound-Shedders is run by a company called Michaelson Enterprises while a cartel called Cameron Skeyn owns the firm that produces Trim-Shakes and Calorectify pills. ‘Fine’ I thought and added it to my essay as a note of interest. Then one day I was checking through a catalogue, looking for a good deal on a new dress, when I happened to glance at an advert for a fashion and beauty magazine. I didn’t really pay much attention till I saw the names of the magazine’s publishers… Michaelson Enterprises and Cameron Skeyn!” She handed a steaming teacup to her daughter....

... Mrs Ford sat down on a stool and took a sip from her teacup. “I’m sure that this fraud is just the tip of the iceberg. As I said before, there’s Sorted M@n and other lad mags too. They’re just another side to the one coin that says: ‘If you want to be a real man then get a six-pack stomach, drive a big, fast car and only fancy the girls we tell you to fancy’.”
There was a pause as Kayleigh digested this new information. “Mum… Surely there’s some mistake. All this can’t be true.”
“I’m afraid it is, Sweetie. It’s not just about money either. It’s about making us think a certain way so the people in power can control us.”
“But it couldn’t possibly work! People would suss it!”
“Some do. I did, didn’t I?...