My Interview on Critical Mass Radio 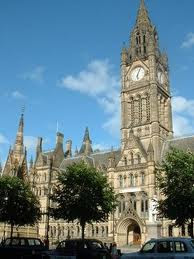 On Wednesday next week, the 21st of December, I will be a guest on Paul Giovanni’s Critical Mass show on Manchester Radio Online, see: http://www.manchesterradioonline.com/?p=1533 This show has been archived and can be downloaded; see: http://hpanwo.blogspot.com/2012/01/my-interview-on-critical-mass-show.html

I’ve been interviewed by Paul before on his Awakened People show; this one has been recorded and can be downloaded, see: http://www.manchesterradioonline.com/?p=1533
Posted by Ben Emlyn-Jones at 16:57

Hi Ben, Good to hear your podcast.Keep on keeping on. As it said in the Disney Film "Always let your conscience be your guide".
http://www.youtube.com/watch?v=DOZzNOkcEgM
Fear is their weapon- working in many ways.
Good on you.
This is a time of transition.Keep with the LIGHT.
from darkness to LIGHT
jean

BTW, I was very sorry to hear about the passing of the other Jean, Sam's wife. RIP Jean Wright.

She will be sadly missed at Probe Conferences.She knows now that there is a lot of work that needs doing from what she has already seen from "up there".
from darkness to LIGHT.
j&R