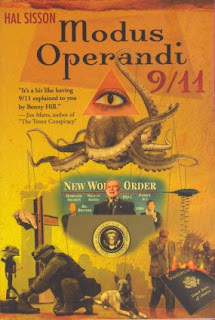 This is a kind of an obituary, although it’s for somebody who died over two years ago. It came about because I’m reading a marvelous novel at the moment called Modus Operandi 9/11 which Jim Marrs describes as: “A bit like having 9/11 explained to you by Benny Hill!” It is a humourous and satirical story about the government insiders who really did 9/11. People with named like Nick “the Nostril” D’Amous and Mosey Long. Its style reminds me very much of Robert Anton Wilson and I’m thoroughly enjoying it.

I was naturally curious about the author, Hal Sisson, and so went online only to be dismayed the find that he’s dead; he passed away in 2009. Modus Operandi 9/11 was his final novel that he published in 2007. It turns out that he was a very talented man, although his talents lie in eccentric specialities. For instance, along with being a lawyer and novelist, he is also a world champion marbles player! I didn’t even know there was an international marbles league. Maybe there’s one for the games I played at school: off-ground-tag and Forty-Forty! He also plays croquet too. He has written several novels, all satires, on a number of subjects, such as animal rights in his book The Big Bamboozle about a talking gorilla; again this hearkens back to RAW and Robert Shea’s The Illuminatus! Trilogy, my all-time favourite book. He also loves traditional comedy theatre like Burlesque, English Music Hall and Vaudeville and tried to revive those styles along with writing a history of them. He is an actor himself and appears in a photo of the back cover of Modus Operandi 9/11 dressed as President Truck, one of the book’s characters. He was born in 1921 at a place in Canada with a wonderful name: Moose Jaw! He served in the Royal Canadian Air Force in World War II and then studied law and became a lawyer until he retired in 1984 to then write full time and play marbles. I’m already hooked on his work and it’s very sad that he’s no longer around to write anything new. Rest in Peace, Hal. 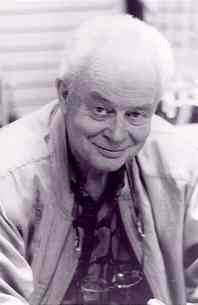