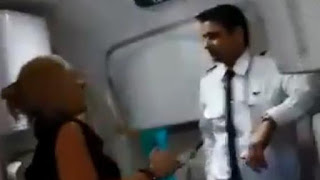 It has been revealed that the human rights lawyer Simone Burns, aka Simone O'Broin, has died. She committed suicide a few weeks ago by jumping off the high sea cliffs at in . This is a suicide hotspot and an average of twenty people per year voluntarily end their lives there. I've known about this case since it happened, but had to wait until the news of it was released to say anything publicly. The reason I knew is because Simone and I have a mutual friend who had to endure the nightmare of talking to her on the phone shortly before she stepped off the cliff. I'm very sorry this has happened and her loved ones, including our friend, have my deepest condolences. This brings me on to the strange circumstances of her life just before her death; and it is neither respectful to her memory nor sensitive of her relatives' feelings to be silent about these circumstances. Therefore I make no apology for bringing them up, see here for details: https://hpanwo-tv.blogspot.com/2011/10/how-to-show-respect-to-victims-of-911.html.

Simone Burns was active in the Boycott, Divestment and Sanctions movement, an activist group campaigning for national sovereignty and civil rights for the Palestinian people. This has been a major concern for over seventy years since the formation of the Zionist fiefdom known as , wrongly thought to be a "Jewish state", see the background links at the bottom for more details. Simone's troubles began in November last year when she took an Air India flight from Mumbai to . After the plane landed she was arrested and charged with assault, and being drunk and disorderly. Source: https://www.irishpost.com/news/irish-lawyer-50-racially-abused-air-india-flight-crew-commits-suicide-just-days-leaving-jail-168637. A video has been released showing a woman who resembles Simone behaving in an aggressive and antisocial manner on board an aircraft. Her behaviour was apparently triggered when the cabin crew refused to serve her with a glass of wine. The woman stands up and confronts the stewards and stewardesses shouting at the top of her voice: "You treat business class passengers like this!?... I'm a fucking international criminal lawyer and a barrister... for the Palestinian people!" She spits in a stewardess' face and storms through the cabin yelling: "I'll tear your insides out, you Indian money-grubbing cunt!" She also uses her hands to mime shooting one of the crew with a gun and makes a reference to the Provisional Irish Republican Army, See: https://www.youtube.com/watch?v=7cAbHvfEvJI. She appears drunk already, which could explain why the cabin crew refused to give her more alcohol. She is clearly confused and forgets where the flight's destination is. However, according to our mutual friend, Simone claims she had boarded the aircraft completely sober. In fact she would have had to because people who are badly drunk are often banned from flying in the first place. She was served with a thirty cl bottle, but was then offered a second one without asking for it. Then she watched a film and then the last thing she recalls is looking out of the window admiring the view of the sky. She has no memory of her abusive tirade. The video is of strangely poor quality for a modern portable camera, like one in a mobile phone. I can't even be sure if the woman is Simone at all. I don't know if there is any official CCTV footage of the incident, but if there is Air have not released it to the public. It is impossible to lip-synch the words we hear to the mouth movements of the woman portrayed in order to confirm that it is her speaking. The cabin crew appear to be very nonchalant about the woman's violent temper tantrum. They are standing to one side allowing her to tear around the cabin like a bull in a china shop. Once an airliner is flying, passengers behaving like this are a grave danger. Airline cabin crew are trained in self-defence and how to restrain passengers who do not conduct themselves properly. They even have handcuffs and have the right to shackle an unruly passenger to their seat. Sometimes the pilot will even resort to an emergency landing if the disorder becomes too serious. Why did they allow this woman a free reign? Possibly because it was their intention to produce this very embarrassing video. Notice how the woman repeats several times the line about her being an international lawyer for the BDS. It is clear that this was an essential part of the video's message. The BDS is a major enemy of the Israeli state, a state which includes one of the most deadly and ruthless organizations ever created, Mossad. Mossad is an intelligence agency which also carries out paramilitary violent actions, such as booby traps, postal bombs and assassinations. These include false flag attacks, I am convinced. Its very motto is: "We wage war by deception" and it has a frightening reputation within the worldwide intelligence community. The renegade MI5 officer Annie Machon said in 2008 that the very mention of Mossad's name sends chills through the hardest and toughest CIA or SIS operative, see: https://hpanwo.blogspot.com/2008/06/now-thats-weird-conference-2008.html. If the woman in the video is indeed Simone, then why did she behave like this? As a solicitor she would have known the implications of her actions; and indeed, she was sent to prison with a six month sentence. If she can't remember doing this, then why? Did Mossad add some poison to the two small bottles of wine she drank, something to make her lose consciousness? The amateur video we see could have been produced at any time by actors. Or was the wine laced with something to change her state of consciousness and cause her to act the way she did? If so, what else have they given her? Was she given another dose of nerve agent, perhaps while in prison, to make her exhibit more unusual and self-destructive behaviour? If so then hopefully we can expose that reality to prevent other people who challenge being humiliated... or worse. Rest in peace, Simone Burns.
See here for background: https://hpanwo-voice.blogspot.com/2009/01/genocide-in-gaza.html.
And: https://hpanwo-voice.blogspot.com/2010/06/iarael-attacks-gaza-aid-ship.html.
And: https://hpanwo-tv.blogspot.com/2019/02/is-david-icke-evil.html.
And: https://hpanwo-tv.blogspot.com/2017/06/jews.html.
Posted by Ben Emlyn-Jones at 16:18