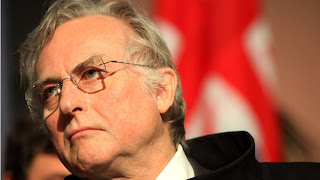 Apologies for yet another skeptic-ological article so soon after a the last. In a way, the current article is a follow up to this one: http://hpanwo-voice.blogspot.co.uk/2016/02/rebecca-watson-man-made-feminist.html. As I mention in that one, Prof. Richard Dawkins has had his booking to speak at the New England Conference on Science and Skepticism cancelled. NECSS is one of the top skeptic conferences in the world and for them to ban none other than what they themselves describe as their "greatest rock star" is totally unexpected and unbelievable. The NECSS management said it had: "withdrawn its invitation to Richard Dawkins to participate at NECSS 2016. We have taken this action in response to Dr. Dawkins’ approving re-tweet of a highly offensive video. We believe strongly in freedom of speech and freedom to express unpopular, and even offensive, views. However, unnecessarily divisive, counterproductive, and even hateful speech runs contrary to our mission and the environment we wish to foster at NECSS." See: http://necss.org/2016/01/27/a-statement-concerning-richard-dawkins/. The video in question is this one: https://www.youtube.com/watch?v=ecJUqhm2g08. Dawkins noted in the Tweet: "Obviously doesn’t apply to the vast majority of feminists, among whom I count myself. But the minority are pernicious." Later on he learned that the characters in the video are not just generic figures. The woman playing the piano is a caricature of a real person, a feminist who led a protest against a men's right conference in Canada and who went on to receive the same kind of abuse as Rebecca Watson, see: http://www.wehuntedthemammoth.com/2013/04/15/canadian-feminist-activist-receives-death-threats-and-other-abuse-after-being-targeted-by-mens-rights-activists/. Dawkins then apologized and deleted the Tweet, but it was too late. A new hashtag war erupted, see: https://twitter.com/thelindywest/status/692461613178290182. This is, of course, just one more battle in the Skeptic Civil War that I describe in the above background link. This incident marks a new escalation of that war. As I've said, atheo-skeptics are very good at maintaining an attractive shop window even when there are cockroaches in the storeroom and the books are blood red. Up till now, there has been virtually no reference in the first-tier skeptic media at all to any trouble at the mill. That has now changed completely in the most spectacular fashion. The mask has slipped and the calm pretence can no longer be maintained. Clearly the NECSS team must have been put under a lot of pressure to take this drastic move. Nobody can now remain neutral in the war and Richard Dawkins has had his flag planted for him, even if he hasn't done it himself. He seems to have made himself an enemy of the feminist-leftist faction of the atheo-skeptic schism unintentionally. He appears a bit clueless and out of his depth. He replied to NECSS: "I woke up this morning to see a public announcement that my invitation to speak at NECSS 2016 had been withdrawn by the executive committee... I wish there had been a friendly conversation before such unilateral action was taken. It is possible I could have allayed the committee members’ concerns, or, if not, at least we could have talked through their objections to my Tweet. If our community is about anything it is that reasoned discussion is the best way to work through disagreements. The science and scepticism community is too small and too important to let disagreements divide us and divert us from our mission of promoting a more critical and scientifically literate world." See: https://richarddawkins.net/2016/01/necss-response/. According to Rebecca Watson, this is not the first time Dawkins has fuelled the ire of her cohorts, and I don't think she means just the "Dear Muslima" comment. She wrote: "Dawkins has long been known for his bizarre, inappropriate, and sometimes downright hateful posts on social media, so it was embarrassing that the atheist and skeptic communities continued to give him a platform... he has continued Tweeting anti-feminist garbage." See: http://skepchick.org/2016/01/necss-dumps-richard-dawkins-over-hate-tweet/. It seems despite his radical neutrality, Dawkins has, in his own naive way, opinions that knock him off the fence.

It's interesting to note that when NECSS described the video as highly offensive, they did not put it in quote marks. This indicates that the status of the video is not disputed, nor is it open to dispute. I personally regard that video as a satire, and a clever one that echoes some of my own criticism of feminism. I don't think appreciating the point it makes automatically trivializes the severity of the personal ordeal of "Big Red" and the criminal threats she received. As I said in the above background link, I take internet bullying very seriously and would defend my most hostile opponent against it. The constant cries of "offensive!", "offensive!" are a worrying symptom of cultural Marxism, as Thunderf00t rightly points out here: https://www.youtube.com/watch?v=FGTmwyKpz0o. Sargon of Akkad cleverly expands on the theme in this analysis. However, he doesn't go far enough. This is not just political subversion; this is mind control, see: https://www.youtube.com/watch?v=W1bI7S0LCos and: https://www.youtube.com/watch?v=TKzt8Da1Uco. The best backlash on this issue come from the great Mykeru: https://www.youtube.com/watch?v=uBGTal4qsm0. The denouncement of people for breaching politically correct speech codes and hypersensitivity is known as "de-platforming" or "no plaforming". I've covered this many times, and a few years ago there was even a half-hearted attempt to do it to me in , see: http://hpanwo-voice.blogspot.co.uk/2015/02/marine-le-pen-at-oxford-union.html. The thing is, the atheist and skeptic movements have been linked to cultural Marxist fifth column organizations since day one. One of the most prominent activists for American atheism in the twentieth century was Corliss Lamont, and he was also an architect of much of the structure of modern anti-theist culture. He wrote about humanist namings and weddings long before most the members of the British Humanist Association were born or married. Steve Trueblue has more information in this video: https://www.youtube.com/watch?v=CCwr0AMJZGI. Are we witnessing the endgame of the Skeptic Civil War in which the cultural Marxists take over? With anybody other than Richard Dawkins becoming a casualty, I would doubt it. As for Richard Dawkins, he is a big enough hitter to get on with his mission without NECSS. He could probably organize his own conference that's bigger than theirs. If anything, it's NECSS who need him. Another reason to grasp how significant their action against him was.
See here for further background: http://hpanwo-voice.blogspot.co.uk/2014/01/indoctrination-into-non-belief.html.
And: http://hpanwo-voice.blogspot.co.uk/2015/07/spiritualism-oppressed-in-brazil.html.
And: http://hpanwo-voice.blogspot.co.uk/2015/06/jason-wilson-on-cultural-marxism.html.
Posted by Ben Emlyn-Jones at 17:58

Ben, the skeptics, the social justice movement, the feminists all seem so similar, they all attempt to poison everyone at every opportunity. Unsurprisingly they cant get on with each other. It seems they can only tear strips off others, that is their sole conversational capability. Chronic belligerence. They never show the ability to say positive pleasant things. I suspect they are incapable of that.Sadly deficient they all are in terms of brain development.

Are they products of the single parent nanny state which propagates father deficiency?
A proven cause of chronic female aggression ? See Dr Gabriella Gobi.

Perpetually outraged feminists like the ginger headed woman are so gross in their megaphone behaviour they invite parody. The outrage following the red headed pianist cartoon reflects the strange infantile literalism we saw in the Islamic response to mundane cartoons. The red head parody cartoon I thought was quite witty. Made me laugh. The aggro response to it is a huge dummy spit over nothing, identical to small children raging and bawling in Kmart when they cant have a sweety. Early on they lack a volume control on their emotions and express them to the max at all times. The brain ultimately learns to stop the precipitous sawtooth emotional peaks and troughs as it learns that nothing is a serious as it first seems, simply by the experience of time. And soon high rise unfettered initial emotional spikes stop occurring. This simple mechanism which develops in most of us seems quite absent in skeptics, feminists and the SJM. These people seem to gravitate to unpaid Cultural Marxism and seem to naturally regiment into teams which amount to support groups for their collective maladies, which is perpetual outrage and the need to find victims to dump their dummy spits on. You mentioned you dialogued with the megaphone redhead. Could you ever find out if she was raised by a single mother ? Was her Daddy completely missing, or simply seriously underfunctional via alcoholism etc
Lack of sense of humour is noteworthy in skeptics. Can you imagine what might amuse the red headed woman? What would make her laugh? Being so serious about so many matters beyond her control seems another serious immaturity, I wonder how she understands Cultural Marxism ? Does she realise she has signed up to the Cultural Marxist volunteer barefoot infantry ? That she is working for Stalinist Corliss Lamont?

I laughed at the cartoon too. As Thunderf00t points out, it's mild compared to Tim Minchin's "the Pope Song" which is a stream of abuse. Satire is MEANT to offend. I don't think it satirizing "Big Red" means supporting the attacks she sustained.
As Stefan Molyneux has pointed out, a father is necessary for a child to develop compassion. Maybe the powers-that-be don't want compassionate people in this world... Did I say "maybe"?

I think we all owe you a debt of gratitude Ben for keeping on top of this story. Many thanks.

Apropos Steve Trueblue's post above, the following may be of interest and a source of hope:

You're welcome, Laurence. If there any significant updates to what will inevitably be christened "Tweetgate", I'll let you know.