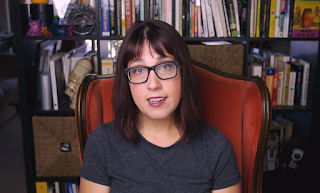 The Skeptic Civil War shows no signs of abating; in fact its sides are deepening and diverging. In 2012 I reported on the event which triggered one of the main battles in that war. Rebecca Watson is a writer and former skeptic radio show host who runs the "SkeptChick" blog, which combines general skepticism with associated feminist and women's interest issues. However her life changed forever when she attended the World Atheists Convention in 2011 in . After a late night discussion in the hotel bar, one of the men to whom she'd been talking shared a lift with her up to the floors of their rooms. While they were alone together in the lift, he made a completely benign but rather clumsy attempt to seduce her. During her speech later in the conference, Rebecca referred to this incident and said that it made her feel uncomfortable. She addressed the male members of the audience saying: "Guys, don't do that." She said that one of the reasons this incident irked her especially was because she'd recently received internet abuse from non-skeptics. The response from her lecture was very acute indeed; it became known as "Elevatorgate". No less a figure than Richard Dawkins got involved by writing a sarcastic reply to her entitled Dear Muslima that appealed to Rebecca's sense of perceived privilege by comparing her experience to the ordeal of women in Islamic theocracies. Rebecca struck back angrily. She disaffiliated SkepChicks from Dawkins' organizations, the Centre for Inquiry and the Richard Dawkins Foundation for Reason and Science. She is no longer promoting Dawkins' books and other works or taking part in his events, see: http://skepchick.org/2011/07/the-privilege-delusion/. That was just the opening shot. What followed was a flame war of an intensity that I've never seen. I know the Truth movement has its various conflicts, see: http://hpanwo-radio.blogspot.co.uk/2015/12/programme-167-podcast-shill-special.html, but they are mere playful scuffles by comparison. Rebecca Watson received the most extreme hate mail: death threats, threats to rape and mutilate her, threats to torture her, threats to plant a bomb in her house; and this was all from her fellow skeptics. Photographs of dead bodies were sent to her, with an obvious inference; and this modus operadi makes me wonder if these are the same Australian skeptics who tormented Meryl Dorey, see: https://www.youtube.com/watch?v=uKEMPf_DRMg). Very little analysis of the skeptisphere is ever done from the non-skeptic side, so myself and Steve Trueblue were probably the only two who covered this matter from a third party position, see: http://hpanwo-voice.blogspot.co.uk/2012/11/skeptics-troll-their-own.html. It is clear that the skeptic movement is attracting some seriously unhinged people, specifically some young men with major difficulties when it comes to relationships with women. The word "misogynist!" is tossed around very casually nowadays, but these people are some of the few slapped with that label who deserve it. Rebecca said: "The threats were coming from outside of my community. Outside of my safe space. It wasn’t until I started talking about feminism to skeptics that I realized I didn’t have a safe space. When I first got involved with the skeptics, I thought I had found my people... Then women started telling me stories about sexism at skeptic events, experiences that made them uncomfortable enough never to return... (When I gave my opinion) The response from male atheists was overwhelming. This is one example: 'Honestly, and I mean HONESTLY, you deserve to be raped and tortured and killed. Swear I'd laugh if I could!'" Skeptics are able to maintain a good shop window, a veneer of order to conceal the raging chaos beneath, for another example see: http://hpanwo-tv.blogspot.co.uk/2015/01/james-randi-quits-jref.html. And so it was business as usual in the official skeptic media; Rebecca continued to host Skeptics Guide to the Universe and do articles and videos on psychics and anti-vaccination, and barely a word more was said. I know what it feels like to be on the receiving end of an internet hate campaign; for years I have been targeted by "Team Droike", but Droike never said anything as bad to me as what people have said to Rebecca. Also, I'm a big ugly ex-hospital porter; I'm resilient enough to endure this sort of thing. Rebecca is a young unmarried woman who lives alone. One day she wrote: "I wake up every morning to abusive comments, Tweets, and emails about how I'm a 'slut, prude, ugly, fat, femi-Nazi, retard, bitch, and cunt', (just to name a few). I just can't take it anymore."

I am not an advocate of feminism; in fact, as regular HPANWO readers will know, I'm a very harsh critic of it, see the background links below. I've never met Rebecca Watson and if I did I doubt we would get along. However, if I had been in a position to defend her from her flamers, ie: if I were a skeptic myself, I would have done so vigourously. I recently watched a debate between the journalist and men's rights activist Milo Yiannopoulos and some feminists, see: https://www.youtube.com/watch?v=m3_2svKFkE4. I completely agree with what says about feminism, but he is totally wrong about internet bullying. Internet bullying is a very serious matter and it has driven some people to commit suicide. After Steve and I completed our initial work on Elevatorgate, I thought I would check back on Rebecca Watson and see what she is doing today. I was astonished by how much she has changed. Where she used to be a skeptic who brought feminism into her skepticism; today I would say that she is more a feminist who is influenced by skepticism. Her feminism has become much more hard-line. Her YouTube vlog is less light-hearted and tends to feature fewer male guests, see: https://www.youtube.com/user/rkwatson. Her Twitter feed is more scathing, see: https://twitter.com/rebeccawatson. She remains a skeptic on all matters, but will not tolerate any rational criticism of feminism. She has become a very zealous believer in it; once she said: "If you're a male skeptic who doesn't like feminism, you're worse than somebody who rape-threatens!". There is still a Cold War against her of filth in her comments boxes, but she has also been criticized by the more moderate men's rights contingent of the skeptisphere, primarily in the form of Phil Mason, aka "Thunderf00t", see: https://www.youtube.com/user/Thunderf00t/featured, and "Sargon of Akkad", see: https://www.youtube.com/user/SargonofAkkad100. Although I share a lot of F00tie's and Sargon's opinions on feminism, there is a fundamental question they have not asked: Why do you think Rebecca Watson is behaving as she does? The Cherokee Indians have a saying: "Never judge a man until you've walked a mile in his moccasins." Try to see the last few years from Rebecca's perspective. She is a feminist who wants to defend women from abusive behaviour by violent and cruel men. She has suffered a torrent of the most vicious and merciless insults and threats to her very body and life. Are you now seriously trying to convince her that she is making a fuss about nothing and she needs to "stop being a man-hater!" etc? No, F00tie and Sargon. Your general points about feminism are valid, but you need to treat Rebecca with a little more compassion and understanding. I know that becoming aware of feminism can be a hurtful process because it's so obviously there, and wrong. Its brutality, its double-standards, its injustice; these things can so easily drive you into a frenzy when you first wake up to it. This is the stage Paul Joseph Watson (no relation) is in right now I think, see: https://www.youtube.com/watch?v=0la_UwdG15E. But don't get so mad that you stop getting even. How many feminists are actually just "evil bitches!"?, Couldn't some of them simply be instead world-weary victims of very real abuse by truly degenerate men? It never ceases to impress me how many women become men's rights activists in spite of all this. I can't express my admiration for them too much. They have the strength, patience and wisdom of dolphins, see: http://hpanwo-voice.blogspot.co.uk/2014/07/women-against-feminism.html. I don't know if it's possible to repair the damage done by the post-Elevatorgate onslaught; Rebecca may well be lost by now, and I won't condemn her if she is. You male skeptics have missed a valuable opportunity that will never come again. Even if you disagreed with her on feminism, you could have addressed Rebecca's attitude in an understanding, honourable and principled manner, shown her the truth about genuine manhood. Instead even those who did not harangue her with vitriol have still unsympathetically denounced her. You could at least have tried. I know it's not always possible; nothing could have prevented me falling out with my friend "Katie", see: http://hpanwo-voice.blogspot.co.uk/2014/05/a-friend-to-all.html. I still do not apologize for that. A few days ago Richard Dawkins was banned from the upcoming New England Conference on Science and Skepticism; and there'll be more on that later. Rebecca Watson Tweeted: "Well done @necss for taking a stand & dumping the toxic sludge that is Richard Dawkins! Your move, @center4inquiry". What else do you expect her to say? Nobody other than a psychopath wakes up in the morning and says: "Hee hee hee! How can I be evil today?" We more often develop malevolent behaviour as a response to suffering. People are not punch-bags. If we're hit and hit and hit again, we will feel it, and it will change who we are.
See here for background: http://hpanwo-voice.blogspot.co.uk/2015/04/anti-feminist-women-banned.html.
And: http://hpanwo-voice.blogspot.co.uk/2015/12/cultural-marxist-cleared-of-racism.html.
And: http://hpanwo-voice.blogspot.co.uk/2014/10/rape-axe.html.
Posted by Ben Emlyn-Jones at 16:44

Ben, it seems Rebecca is in a downward spiral, life quality wise, by her own choice as she radiates signals attracting more and more flak as time goes by, from professional flak artists quite a bit like herself. Numerous other skepchicks early on had the self preserving wisdom to dissociate from the "social cause" of skepticism.But not Rebecca. She has boosted her own offensive output which will only attract a greater mass of cruel comments from deranged hate filled people. Social media careerdom these days means the last word is now unavailable to all, thus conflicts can go on forever as any utterance provides fuel for lifelong hate scribblers who abound. She has joined a class of social media scribblers, where desperation seems to be a factor, the attitude seems to be "at least this is a life of a certain unpleasant counterproductive activity, but at least its a life, what else would I do?"

Steve, her only option is to break free from the whole sordid mess. Get out, Rebecca. Forget it all and move on.

A very perceptive piece. Honestly, I have been subjected to various MSM commentators on this topic for years and--with a handful of notable exceptions such as Christopher Booker of the Telegraph and John Waters formerly of the Irish Times--can say that their output is shoddy, poorly researched, and above all grossly disingenuous by comparison.

I was unaware entirely of the internecine struggles within the neo-atheist camp, personified by Dawkins. This I can now put down to the MSM who depict materialist atheists almost exclusively as highly successful Oxbridge academics (think BBC4 and Melvyn Bragg's hour) all singing from the same hymn sheet, somewhat ironically. Your description of the, "a good shop window, a veneer of order to conceal the raging chaos beneath", is brilliant. (The Truth movement could be described by reversing this statement!)

Cheers, Laurence. There are not many on our side of the debate who report on the House of Skeptic. They're always reporting on us. I've interviewed a skeptic on HPANWO Radio and I'm curious to bring more on. I don't think Rebecca would though.

Thank you Ben. Could you point me to the episode of the radio show you mention? It would make for a great listen. For the record, I admire your courage in working in this area but do not envy the mental strain at the same time!

Thanks, Laurence. Sure, I'm also hoping to get Prof. Chris French on as a guest. See: http://hpanwo-radio.blogspot.co.uk/2015/12/programme-166-podcast-bolerhatman.html

Much obliged Ben. I look forward to tuning in :)