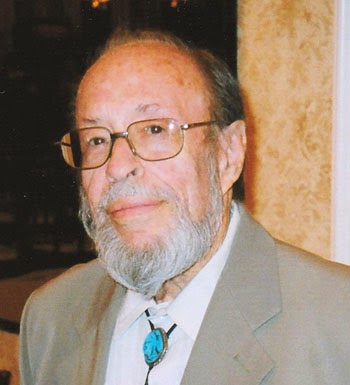 I'm sorry to report that Dr Roger Leir has died. Dr Leir was a podiatrist, a physician specializing in foot complaints. He was also a UFOlogist who became involved in alien abduction research. Here he is speaking as a witnesses at the Citizens Hearing on ET Disclosure: https://www.youtube.com/watch?v=zciVJI4oUgk. Here's his official website: http://www.alienscalpel.com/. Many people who experience alien contact sometimes report finding foreign objects inside their bodies. Unlike splinters, glass slivers, pencil leads or shrapnel, there is usually no trace of how these objects, called "implants", enter the body; they leave no scar on the skin and there is no swelling or immune response to their presence. Sometimes they can be detected by X-ray pictures or other forms of medical imaging. Most people who find out that they have these things in their body want them removed; and this is where Dr Leir stepped in. His surgical training, which he usually employed to correct bunions fallen arches and tendons etc, was the method by which he removed these implants from his patients' bodies. The objects he retrieved were normally about 0.2 to 0.4 inches in size. They were constructed of various metallic alloys or ceramic compounds not regularly found in human synthetics. Their function and purpose is unknown. Unfortunately many of the patients who had their implants extracted would find new ones replaced a short time later. Who... or what... is placing these things in people's bodies, and how or why they're doing it, is not known. However the specimens retrieved by Dr Leir have provided essential data in the quest to understand and uncover what is happening to this planet and the beings on it. Like everybody who chooses to take the path he did, Dr Leir was subjected persistent and shrill criticism from his peers, the media and those in the Skeptic community; he bravely decided to resist them. His contribution to the study of the UFO and alien contact phenomenon cannot be understated. His passing will be greatly missed. Rest in peace, Dr Roger Leir.
Posted by Ben Emlyn-Jones at 00:03