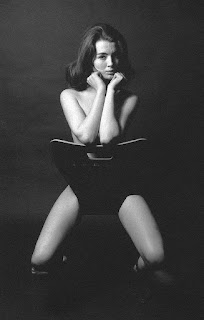 In the rock-and-roll summer of 1963 the British media was rocked by the revelation that the respected cabinet minister, John Profumo, had been having an affair with the model, actress and high society call-girl Christine Keeler. His misdemeanour was aggravated by the fact that Keeler was also seeing Yevgeny Ivanov, an official from the Soviet Embassy and suspected KGB agent. The possibility was seriously considered that Keeler was a "honey trap" and that Ivanov was squeezing her for state secrets that she might have picked up from Profumo. This launched a new era in the history of journalism which we know all too well today, that of "political sleaze". The 50th anniversary of the Profumo Affair raises an important question because the BBC have devoted a story to mark the occasion, see: http://www.bbc.co.uk/news/uk-22778481. But when all's said and done Jack Profumo was having sex with a consenting adult. My question is: why was the Profumo Affair covered so thoroughly by the media, yet this is not: http://www.guardian.co.uk/politics/2013/feb/26/liberals-cyril-smith-abuse-allegations. Which do you think most deserves to be called a "scandal"?

there's this invisible wall, which in the 80's when i first was hearing the accounts from others' raped as children, en masse, were describing and i could barely believe, well, over the next 20yrs, i now am convinced that there has indeed been mass collusion, coverup, denial, and allowance of this...but no more, its' time for all to come clean about what they know/knew and be part of the solution. we are not seeing any mp's really championing this cause fully, they need to be brave otherwise they will be judged part of the problem.

Yes, when the REAL scandal comes out people will weep in the streets. Josef Goebbels said: "The bigger the lie, the more people will believe it" and that's true. Profumo was just a small secret, a "phony bone of contention" as Richard D Hall calls it.