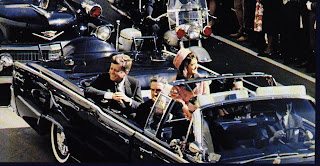 There has been a national poll in the on conspiracy theories. The results are encouraging, see: http://www.publicpolicypolling.com/main/2013/04/conspiracy-theory-poll-results-.html
Over a quarter think that the New World Order agenda exists. 21% believe that Roswell Incident was indeed the crashing of an extraterrestrial vehicle, also that the government salvaged the craft in secret and have covered it up. Some other theories, like chemtrails and the fake moon landings, score far less, but this will hopefully change as new evidence comes to light. Most encouraging of all, as we approach its fiftieth anniversary, the majority of Americans still understand that President John F Kennedy was killed in an organized assassination by his own government.

The full survey results show an almost perfect demographic cross-section of young and old, black and white, rich and poor. There is a slight difference when it comes to voting habits; Republicans are more likely to believe in conspiracy theories than Democrats. The exception being the lies told by the government to justify the Iraq War; 72% of Obama-supporters agree that Bush lied about WMD whereas only 13% think that who vote for the GOP. However I'd like to know how many realize that voting is a waste of time anyway because both parties are controlled by the same cabal. This is excellent news; it shows that Americans are far more conspiratorially-aware than I thought they were. Obviously most of the people who took part in this survey are not as vocal as me; they may hold these ideas secretly and privately, but it's only a matter of time before they start tuning their thoughts into action. The discovery that they are far more numerous than they might have previously thought will hopefully give them the strength to speak out.