Discrimination against Christians 2- the Verdict 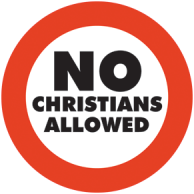 This is a follow-up article to this one: http://hpanwo-voice.blogspot.co.uk/2012/09/discrimination-against-christians.html
The European Court of Human Rights has ruled against all but one of the four claimants I mention in the background article. Nadia Eweida, the air stewardess, won; the others all lost. See: http://humanism.org.uk/2013/01/15/bha-applauds-european-court-of-human-rights-in-upholding-equality-and-human-rights-principles-against-false-christian-persecution-cases/ . Here's an interview with Andrew Copson of the British Humanist Association on the subject: http://www.youtube.com/watch?v=uzO2gKbM4t0 . As you can see in my first article on this matter, I support the claimants in their case and regret that they lost, even though I am not a Christian and consider homosexuality a completely benign and totally acceptable fact of life. Copson talks about "harm to others"; but a significant majority of the population, like me, have no problem at all with homosexual people, and the institutions in which the counsellor and the registrar worked should easily be able to accommodate those individuals within the institution without compromising the ability of the organization to perform its public duty. This is effectively a victimless crime; and I speculate that it's a thoughtcrime, as I said in the first article.

Also discrimination and the Right to Free Association are not illegal. They go on every hour of every day so much so that we hardly notice. It's considered perfectly acceptable, even admirable, for an employer to favour a member of staff for promotion because they are black or a woman (and therefore inevitably disfavour another employee because they are not of that race or gender). It's considered a worthy act for the purpose of "equality". There is a Black Police Officers' Association, a Black Lawyers' Association and many other such groups. There are taxi firms which refuse to take male passengers and Virgin Atlantic once tried to bring in a policy that a child travelling alone would not be seated next to a male passenger. Discrimination and the Right to Free Association are only illegal if you're a white, straight male. This is not fair. This gives the word "equality" a distinctly Orwellian overtone. I once asked somebody about this and they said it was "positive discrimination" designed to combat the "underlying disadvantages" non-WSM people have. We're now fifty years into the civil rights movement; when will these "underlying disadvantages" be gone, or be seen to be gone as deemed by proponents of "positive discrimination"; after all, they alone make that decision? I asked her if she could give me a timeline so that we WSM's could prepare for a celebratory party at the end of it! We'll be free at last!

The tendencies that introduced the concept of "positive discrimination" date back to the late 19th Century and are Cultural Marxist think tanks like the Fabian Society and the . There is a definite link between those groups and mind control; and also the Skeptic Movement and, as a result, the Humanist associations. I recently interviewed Steve Trueblue on HPANWO Radio in which we discuss this link in greater detail, see: http://hpanwo-radio.blogspot.co.uk/2012/11/programme-21-podcast-steve-trueblue.html . Cultural Marxism appears to be a major tool that the Illuminati-controlled powers-that-be are using to bring in the New World Order. It's possible that it's a drive to create uniformity of culture and society. In George Orwell's Nineteen Eighty-Four it becomes clear that the aim of the IngSoc Party is to make people replace all existing senses of identity and relationships to others with a single identity and a single relationship: that between the individual and the State. So the State takes over the role of mother or father, friend, lover, compatriot etc etc. Therefore it is necessary to break down all those aforementioned sentiments in the hearts and minds of the people to create the Big Brother regime. Nineteen Eighty-Four was set futuristically in 1984, hence the title, and Orwell began writing it in 1948. The theory is that the author merely switched around the last two numbers so that 1948 becomes 1984. However, the truth is that he wanted to set the novel on the centenary of 1848, because that was the year the Fabian Society was founded. The Fabian Society uses two logoes: One is a wolf covered in a sheepskin, a proverbial wolf in sheep's clothing; the other is two blacksmiths hammering something on an anvil, something which turns out to be the planet Earth! They are hammering the world into a specific shape for their own purposes! I also think this case is also about Divide-and-Rule; setting one group of people against the other and pulling the strings of both.

Ironically a very staunch Fabian Society-member would probably brand me a racist/male chauvinist/something else-ist for simply raising this subject. It is vital that we don't fall for that kind of propaganda. I am as non-racist/sexist etc-ist as it is possible to be! Only by examining this subject with a fresh mind, free from such cultural baggage and self-imposed guilt trips, will we expose this terrible trick and preventing this conspiracy from going any further. This is not the first time I've had a tussle with the British Humanist Association, see: http://hpanwo-voice.blogspot.co.uk/2012/11/skeptocrats-attack-steiner-schools.html and: http://hpanwo.blogspot.co.uk/2011/09/british-humanist-association-conspiracy.html . I am currently working on a new HPANWO TV film exploring this evidence in more detail. On a lighter note, I did award the BHA their MBA, see: http://hpanwo-tv.blogspot.co.uk/2011/09/british-humanist-association-gets-its.html