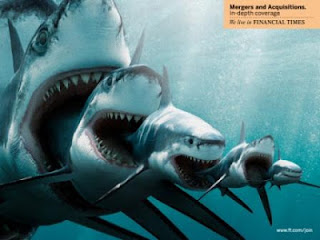 On Thursday afternoon I was on the coach to Nottingham to meet Ustane before heading for Manchester where I was speaking at the Critical Mass Radio Conference. The coach stopped at Leicester for a one hour stopover and when I alighted to the pavement at the coach station I realized my mobile phone was missing from my pocket. As some HPANWO-readers know, I no longer use a mobile phone because of the cost and for the sake of my health; but I still keep my old mobile phone, with its inactive SIM card, to use as a clock, alarm, and to store and play music and radio show recordings. How it disappeared from my pocket I do not know; my best guess is it fell out at some point because I was keeping it in a pocket without a zip, so I could check the time regularly during the journey. It’s also remotely possible that somebody picked my pocket, but this is unlikely while I was sitting in my seat. However one certainty is that the phone disappeared while I was on board the coach, because I definitely had it with me when I came aboard.

I’ve called the coach operators, National Express, to make a lost property report. Some of you might be wondering why I’m bothering; since of all the many mobile phones get lost and stolen, how many are ever returned to their owner? A tiny proportion that’s for sure, and I admit that what I’ve done is a long shot. However I remember speaking to somebody at a coach station a couple of years ago who told me a massive amount of lost property gets handed in and they keep it in a huge storeroom for as long as they can before throwing it in the rubbish. The biggest problem, he said, was that passengers rarely bother to inquire and see if their property has been found because they immediately assume that if somebody finds it they will steal it. And I myself have noticed this cynical attitude among my own family, friends and acquaintances. But why is that when, as the man at the lost property office told me, a lot of people do not steal things they find; and a lot of them do hand in what they find in to be retrieved by its owner?

The answer is that a cynical view of other people has been deliberately induced in our society. The media and culture has a general theme of distrust and suspicion between people. Images and stories of war, crime and abuse, both real and fictitious, fill our senses continuously: Every man is a potential rapist, every woman a cheat, everybody in a suit will con you out of your savings, every young teen with a hoodie will beat you up, every black man will mug you, every foreigner wants to take over your country. However the most preliminary factual analysis will immediately show that this is not the case. The vast majority of human beings are respectful, cooperative and mutually supportive. We have evolved as a social species and therefore it’s instinctive on our part not to harm each other, to look after each other, to resolve conflict amicably. But conventional notions say otherwise; we are supposedly “hardwired for violence”; that it’s a “dog-eat-dog world out there, Man” and it’s “Law of the Jungle”, “survival of the fittest”. As I’ve asked many times before: in that case why is it that this “just human nature, Man” requires constant maintenance? The manipulators jump through hoop after hoop and sweat buckets in their effort to keep us at each other’s throats. If it’s “just human nature, Man” why don’t they just sit back and watch the show as we tear each other to pieces? (See here for more detail: http://hpanwo-tv.blogspot.co.uk/2012/07/friday-13th-man.html) For whatever reason, it suits the New World Order agenda for us to have that attitude.

So my main motive for filing a lost property report with the coach company is not so I can get my mobile phone back, although if on the off chance I can that would be a welcome bonus; my main motive is to strike back at this social engineering, this drive to turn me against my fellow man in a paranoid delusion of mistrust. That way I’m sticking up two fingers to the New World Order and telling them that I refuse to become what they want me to be.
(Edit: I've heard back from the coach company and they've found it. They're going to send it to me in the post.)
Posted by Ben Emlyn-Jones at 06:40