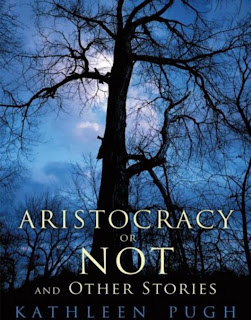 (Thanks to my friend Ellis Taylor for bringing this to my attention)
A nurse is facing deregistration, being banned from working as a nurse in the UK for the rest of her life, for writing stories! See: http://www.dailymail.co.uk/news/article-2225168/Nurse-wrote-sexually-explicit-fantasy-seducing-killing-patient-sold-book-clinic-visitors.html?ito=feeds-newsxml The actual charges includes one in which the author, Kathleen Pugh, “advertised” her literature in the course of her job and sold her book, a short story anthology called Aristocracy or Not, to other staff members and patients; she was allegedly observed putting up posters for the book at her clinic. However I suspect that this is an embellishment; it’s more likely she sold the books to willing patients after getting into a discussion about the subject with them. I’m an author too and know that when I bring that subject up, people are often curious and ask me more about it. I’ve made a few book sales that way and I don’t apologize for it. Besides, the conclusion of the disciplinary investigation was that the subject matter of the story itself was their main cause for concern. So they’re not trying to hide it!

There is a parallel with this lady’s plight in the past because of Robin Cook. In this case I’m not talking about the assassinated Government minister, but the American author who has written dozens of medical thrillers involving themes of organ snatching, human experimentation, necrophilia, neurological mind-control, pandemics, murderous and corrupt medical organizations and many other frightening subjects. Like Kathleen Pugh’s story, Cook’s novels contain explicit sex and violence and are intended for a purely adult readership. He’s an extremely influential writer, has had several of his books turned into films and has inspired other authors like Tess Gerritsen and Michael Creighton, see: http://www.robincookmd.com/ … Yet Dr Robin Cook is also a practicing physician! During the height of his career, in the 1970’s and 80’s, there was never any question that he was a writer on one hand and a doctor on the other and that he could effectively do both. Nobody was concerned that his fictional settings mirrored his own medical activities; why? Because they were just stories! Duh!

The world has definitely changed. As I’ve explained with Robin Cook, a few short years ago it would be unthinkable to persecute a person through their employment for simply writing fictional stories, but now it’s completely acceptable. The patients who bought tKathleen Pugh’s book probably didn’t think twice about complaining about her. You’d think that Kathleen Pugh had written a real description of something she herself had really done and forced the book onto their shelf, deaf to their protests! The authoritarianism of the modern world has crept up on us so slowly that we haven’t even noticed it. We’re still “free”, technically; but there are so many strings attached to our freedom and so many hoops to jump through to get it, that a lot of people will simply give up on it. It’s particularly revealing that this woman has been slated for an act of artistic creativity; it’s almost punishment for that very act itself! We’re not allowed to be creative! We’re only machines after all, designed to do a job for the Big Brother State we live in. This is why it is vital that we defend our rights to be creative and have free expression in our creations.

I can sympathize with Kathleen Pugh because I was once a health care worker who lost my job out of activities in my off-duty life in suspicious circumstances, see: http://hpanwo-voice.blogspot.co.uk/2012/04/ben-emlyn-jones-on-richplanet-tv.html and: http://hpanwo-tv.blogspot.co.uk/2012/01/ben-emlyn-jones-live-at-ldidg.html I wish her luck with her writing career now that she’s out of nursing. And who was it who said: “The only bad publicity is no publicity”? This article in The Daily Mail, even though it supports the establishment position and is pretty disparaging of her, will spread her name across the land and hopefully get her a big pile of purchases.