Immigration- "Something must be done!" 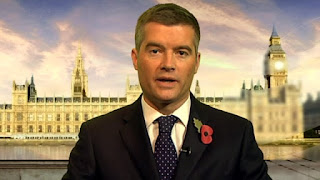 The British Government has announced that the full scale of the backlog of immigration applications is over 320,000 people, this exceeds the population of . See: http://www.bbc.co.uk/news/uk-20252160 (Personally I'd like to award both Minister Mark Harper and the interviewer for their acting skills!) In the inimitable words of David Icke... Altogether?... One... two... three: "Something must be done! This can't go on! What are they going to do about it!?"

Many people theorize that mass immigration is about breaking down national identity to lubricate mondialism in order to aid the New World Order. I used to think this too, but now I doubt it; it would take too long, even if the native population didn't resist; and they don't have that much time. If it is true then it is merely a secondary and partial objective. The real motive for mass immigration is very different and "what are they going to do about it!?" is what I've long predicted. I give the full details in this article, The New Iron Curtain, see: http://hpanwo.blogspot.co.uk/2011/05/immigration-and-new-iron-curtain.html But basically this is a very obvious case of what David calls "Problem-Reaction-Solution." The supposed "problem" has exploded out on BBC News today, the reaction will be outrage, fear, desperation; and the solution will be increased border restrictions and the forced repatriation of so-called "illegal" foreign nationals, which sadly most of the British public will probably support. The most recent of the public comments underneath that news story says it all: "The ONLY way of tackling this issue is by in-country checks on passports/visas when accessing jobs, National Insurance numbers, healthcare, benefits, and housing." What people like this won't be told is that they will also be supporting the increase in Big Brother methods across the board, and the development and implementation of more and more technology along those lines. It will require not only asylum-seekers, but also every native Briton, to register on an electronic database which will be needed to function in society, applying for jobs and benefits, getting on the list of a doctor or dentist etc. It will be a fundamental change in society towards greater authoritarianism, surveillance and mutual distrust and hostility. There are already clues in the BBC coverage of this story. They film a raid on a house, with the UK Border Agency officers being shot in heroic poses, rounding up foreigners who look dirty and diseased. I was chilled to the bone once when I saw UK Border Agency guards at Manchester Coach Station, see: http://hpanwo-voice.blogspot.co.uk/2011/03/uk-border-agency-not-just-borders.html Just get out an atlas and look at it; how close to any border is Manchester?

You might be wondering now if I think that mass immigration can't possibly do any harm. Well I don't think that. It can do harm, not as much as hysterical propaganda machines like the BNP try to persuade us, but it can still generate social and economic problems if left unchecked. However there is no frying pan so bad it warrants us jumping into a fire to escape from it. The real solution to mass immigration has to address the cause. What is absent from all news coverage about this subject is a very obvious question: Why do so many people want to come to in the first place? And the answer is very simple: Life in this country is so much better than life in so many other parts of the world. Immigrants are not "lazy scroungers!", they are ordinary people just like you and me who are doing exactly what we would do if we were in their shoes. Most immigrants are not coming from wealthy Western nations; they are coming from , the , and other regions hit by extreme poverty, famine and war. The solution to the "problem"... if you see it as a problem... is to improve the quality of life in those regions so that people won't want to leave their homelands; after all, who's going to come to England for the weather!? Let nobody kid you into thinking that is not possible; it's actually very easy: Release Third World countries from their economic bondage through the cancellation of debt and land occupation. End all the manipulated wars over the resources in these regions. That alone would probably do the trick, before we even begin delving into the more outlandish elements like the declassification of Free Energy and natural farming methods like ORMUS and Terra Preta, see: http://hpanwo.blogspot.co.uk/2008/06/terra-preta.html

This world will one day be liberated from the New World Order conspiracy, but only when we gain a full understanding of what is involved. We must realize that either the whole Earth can be freed or none of it. We're all in this together and must stick by each other, both as individuals, races and nations. The moment we fall into the manipulators' trap and start pointing fingers at our fellow man, we've lost. We cannot allow this to happen. It is therefore vital that we do not rise to the bait.
Posted by Ben Emlyn-Jones at 14:59