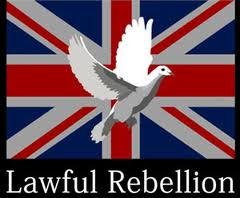 The official site of the British Constitution Group: http://www.thebcgroup.org.uk/

Yesterday I attended the British Constitution Group’s conference in Stoke-on-Trent. Among the speakers were Brian Gerrish, Albert Burgess and Roger Hayes, the leader of the “Black Umbrella Day” insurrection at Birkenhead Crown Court last month, see: http://hpanwo-voice.blogspot.com/2011/03/back-umbrella-day.html . He opened the event by telling us of his vision for Britain, a country free from the tyranny of the EU and international banksters. A nation that embraces many of the same things I do like workers cooperatives (http://hpanwo.blogspot.com/2007/09/workers-cooperatives.html), small local currencies (http://hpanwo.blogspot.com/2009/03/credit-crunch-what-credit-crunch.html and: http://hpanwo.blogspot.com/2008/04/welsh-pound.html) and organic farming: (http://hpanwo.blogspot.com/2008/06/terra-preta.html) BritCon also has an accommodating ear for Conspiratorial matters like 9/11, Exopolitics, Codex Alimentarius and Chemtrails. I was fascinated by the informnation on the Magna Carta and English Common Law. It’s not widely reported that the United Kingdom has a constitution, just like the United States; a series of legal rights and standards that cannot be overturned by Parliament or the Monarch. I’ve used this information when I was filling in my Census form, see: http://hpanwo-tv.blogspot.com/2011/03/hpanwo-tv-guide-to-your-census-form.html . Albert Burgess revealed that the Magna Carta actually goes back much further in history than its official ratification by King John in 1215. It’s really a pre-Norman Conquest document from the late Anglo Saxon period and there is a question over whether it originates from a system of Illuminati-occupation. It’s true that laws in pre-Illuminati societies very strongly resemble English Common Law. Common Law is the basis of most criminal law, in that it forbids citizens from committing harmful acts against other citizens: murdering them, stealing their property etc. This system can be found in indigenous societies like the Australian Aboriginies and their Tjukerpa legal system. Human beings have evolved to be social creatures and therefore would not survive for long if we didn’t have laws prohibiting such antisocial behavior as murder, rape, assault etc.

I’m really behind their message and I’m going to join them, however I feel there’s an element of lukewarm Nationalism about the BGC that is a mistake, and I feel that they don’t quite grasp the Bigger Picture. This quote about the Queen from their mission statement sums it up: “Why Her Majesty has failed in her duty is not for us to judge at this point in time.” I think it is. Ray StClair’s confident assertion that “The Queen will back us up!” here: http://www.youtube.com/watch?v=gDWVFrdYao8 at 3.06 is naïve and extremely premature. The Queen is one of the people, if she is indeed a person, who is behind the demolition of natural indigenous law.

I was delighted to meet David Shayler at the conference. I’ve wanted to for a long time. He showed me the draft of his new book about law and its relation to the Bible. He, like David Icke did, is facing enormous ridicule right now, including some from people who ought to know better. Sure, he has some very odd ideas that I don’t go along with completely, but let’s at least listen to the guy and hear what he has to say and where he’s going with it! I was kicking myself afterwards actually because I had my camera with him and could have done a HPANWO TV interview with him. Never mind, I’ll probably get another chance to meet him at another similar conference.