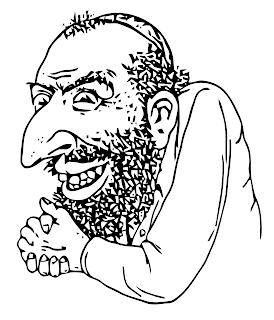 As I've said before many times, I don't like getting involved in internal Truth movement politics and personal ego vendettas, for example see: http://hpanwo-radio.blogspot.co.uk/2015/12/programme-167-podcast-shill-special.html. However sometimes a public intervention is necessary and one such occasion has just arisen. Trystan Swale is a former friend of mine and Fortean skeptic who has been a guest on HPANWO Radio, and I have been a guest on his old podcast Fortean Radio. Sometimes he comments on my publications, for example see: http://hpanwo-voice.blogspot.co.uk/2014/12/trystan-swale-on-ben-emlyn-jones.html. However Trystan very suddenly and inexplicably blocked me two years ago. I made a few attempts to contact him for an explanation, but he did not respond. Then a few days ago, out of the blue, I came across him again on YouTube. He was commenting on a video by a mutual friend of ours and I challenged him on his previous behaviour. He replied: "Why did I block you? In a word it was your anti-Semitism." Wiktionary defines anti-Semitism as: "Prejudice against, hatred of, or discrimination against Jews as an ethnic, religious or racial group. A person who holds such positions is called an anti-Semite. Anti-Semitism is widely considered to be a form of racism." The idea that Jews are behind the New World Order and the Illuminati is regrettably quite common in the Conspirasphere; but I wonder what made Trystan think that I myself believed this, considering that I have written articles on the main HPANWO site specifically exonerating Jews of any involvement in the New World Order, for example see: http://hpanwo.blogspot.co.uk/2012/02/its-jooooozzz.html and: http://hpanwo.blogspot.co.uk/2008/02/protocols-of-zion.html. There are Jewish people very much on our side in the struggle against the "Great Work of the Ages!", especially in the world of exopolitics. Where would we be without great "Jew-fologists" like Stanton Friedman, Peter Robbins and Bryce Zabel? When I questioned Trystan he replied: "You blame the Protocols of the Elders of Zion for causing the Black Death, poisoning wells, 's defeat in WWI, 9/11. I think you need to get your shit sorted before someone gives Antifa a call.﻿" Antifa is a generic abbreviation for the anti-fascist protester community. This has already been tried on me and didn't work. Somebody thought it would be a good idea to denounce me to the organization Unite Against Fascism in the hope that I'd be listed as a "fascist!" and they would then sabotage my lecture at the Birmingham UFO Group, however the UAF were not interested, see: http://hpanwo-voice.blogspot.co.uk/2015/02/marine-le-pen-at-oxford-union.html. I asked Trystan if he were quoting me. Have I had ever really stated that Jews were responsible for all the historical events he listed?

This is a very amusing situation. One more I, a "Woo-woo", am put in a position where I have to lecture a skeptic on the most fundamental rules of logic and reason. It's like Sally Morgan all over again, see: http://hpanwo-tv.blogspot.co.uk/2013/07/sally-morgan-skeptic-fail.html. Trystan needs to understand that he cannot make public accusations on the internet against people without any evidence. In fact in this case the available evidence directly and categorically contradicts his accusations. Remember, Trystan... ordinary claims require ordinary explanations!... Despite seeing the funny side of it, I'm well aware that this is a very serious predicament that compels me to act. There are people in the online world with, shall I say, very limited intelligence who will automatically believe anything anybody says about anyone; this could include an unfounded accusation of anti-Semitism. There are also professional "human rights lawyers" who are perfectly willing to manipulate the legal system in order to silence opinions they do not agree with on the flimsiest of pretexts. I will not allow my name to be impugned and will take whatever action is necessary against any defamation of my character. Therefore if Trystan is reading this post, I would ask him to consider it an initial and informal "cease and desist" notice. I hope he will save both of us a lot of bother and expense by heeding it.
See here for background: http://hpanwo-radio.blogspot.co.uk/2014/12/programme-118-podcast-steve-trueblue.html.
And: http://hpanwo-voice.blogspot.co.uk/2015/09/michael-shermer-update.html.
And: http://hpanwo-voice.blogspot.co.uk/2014/04/pan-pareidolia.html.
And: http://hpanwo-voice.blogspot.co.uk/2015/05/dr-david-clarke-at-greenwich-sitp.html.
Posted by Ben Emlyn-Jones at 13:37

There is a spate of accusations now that are going around about other things, anti-Semitism is of them, this one is about the Quantum scientists e.g. Einstein, Bohr, Schrodinger, etc, being controlled by the Zionists
http://www.feandft.com/quantum-quackery-of-quackademia/ and they are using Tesla's name too to debunk Gravity and are saying that there is no such thing as attraction and repulsion in Magnetism

Ben, I did not write '"You blame the Protocols of the Elders of Zion for causing the Black Death, poisoning wells, Germany's defeat in WWI, 9/11. I think you need to get your shit sorted before someone gives Antifa a call.﻿' You have altered my comments. I suggest you re-read my comment on YouTube, of which I possess screen captures. It hoists you by your own petard.

Your comments on Antifa also reveal ignorance as to the organisation and the use of its name.

Nonsense, Tryatan. I paraphrased your comment to make it fit into the post grammatically. The meaning of it is exactly the same.

If you are paraphrasing you are not quoting, therefore you should not be using quotation marks. The key here is that you claim I posted 'You blame'. I did not. I am not highlighting nonsense. I am highlighting a misrepresentation and contextual amendment of my words to possibly suit your own agenda. Take one minute and you will be able to place my exact words inside a grammatically correct sentence. Failing that, there is a wonderful tag named 'blockquote'. It does magic things. Like this:

'which 'truth' are we talking? Protocols of the Elders of Zion...'

Those were my words. Bit different aren't they.

I detect serious annoyance that I chose to disassociate myself from you over comments you made on Facebook some time ago. (Or was it a link share? I really can't remember this or the actual words/article, it was so long ago.) I believed them/it to be anti-semitic, which is why I chose to disassociate myself from you. If you want to keep dragging things out here, feel free. I have nothing more to add except that I didn't single you out for anything out of the ordinary.

If you want to keep playing silly games of 'I'm telling my solicitor' then go ahead. As I tell other nonsense-mongers: If you want to play like something other than a keyboard warrior and go down the legal route then do it properly. I look forward to receiving the communication from your legal representative which almost certainly won't be forthcoming. In the meantime I've no desire to engage in any more communication with you.

Trystan, for somebody who has no desire to engage in any more communication with me, you are surprisingly vocal. Just like on YouTube, you blockade and distort, using rhetoric instead of logical argument. You're not a very good skeptic are you? I won't need a solicitor if you case and desist misrepresenting me in a public forum where people can see my character assassinated (Spare me the Christopher Hitchens witticism in reply!). What on earth did you expect me to do when you called me an anti-Semite? Eh?