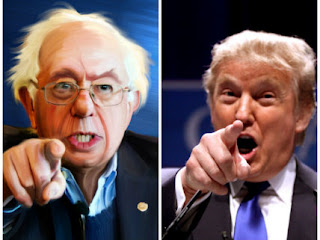 2016 is the year of the presidential election. Once again the two-party system is in turmoil as the Illuminati-controlled Virginia Company selects its new public relationship officer in a way to make it look as if "the people have a choice in this democracy!", and various other warm and fuzzy buzz words from which a politician can take their pick when making a speech. The process to elect a new President of the is very different and far more complicated than a British general election. The has an executive branch of government that is separate from the legislative Congress, the equivalent of our Houses of Parliament. In the the head of government, the prime minister, is simply the leader of the governing party in the House of Commons; whereas the chooses its leader in a separate election. The is a republic and the president fulfils the roles of both head of government and head of state; in we have a monarchy and the Queen is the head of state. The election of a new President has to take into account that the United States is a federation, not a singular country, and so each state cooperates to create the US Electoral College, a board of 538 electors who together decide who will be the US President and Vice President. Each party nominates a series of candidates who have to compete against each other in the first round of elections called the presidential primaries and caucuses; these traditionally take place between February and June of an election year. After that the main presidential election goes ahead with the "nominations", the final winners of the parties' primaries and caucuses, battling it out for the voting day itself, which is usually in November. Right now it appears a major upset is underway because the two most popular candidates are Bernie Sanders for the Democrats and Donald Trump for the GOP. This situation reminds me somewhat of the Ron Paul phenomenon of the previous election and also the freak triumph of Jeremy Corbyn in , see: http://hpanwo-voice.blogspot.co.uk/2015/09/the-corbinator-wins.html.

Bernie Sanders is what Americans would call a radical liberal, and what in the would be known as a socialist. He has supported leftist causes his whole life, being advocate for black civil rights and colleague of Dr Martin Luther King. He supports feminism, LGBT rights and universal public healthcare; something we're losing in right now, see: http://hpanwo-hpwa.blogspot.co.uk/2014/07/allyson-pollock-at-tedx.html. An interesting bit of trivia is that I know his brother Larry. Larry Sanders lives in east and is a long term Green Party councillor. His son Jacob Sanders has also sat on the council. Larry is quite likeable, a gentle Jewish academic kind of man. I want to school with his daughter Anna and, if I recall correctly, she was rather less amiable, to put it mildly, see: http://www.bbc.co.uk/news/magazine-33254500. His brother Bernie's commitment to racial equality is often met with extreme ingratitude by the people he wants to help, see: https://www.youtube.com/watch?v=lmhMo-6JoG0. It's sad that Bernie Sanders may well have helped free those idiotic little girls' fathers from jail or carried them away injured from a police riot line. Donald Trump is another ideological maverick at the other extreme. He is an arch conservative and very vocal about right wing populist issues like immigration, crime and the military. He is a rich businessman who owns a chain of estate agents and also a golf resort in . He became a TV star recently by presenting the American version of the TV show The Apprentice, see: http://hpanwo.blogspot.co.uk/2007/11/reality-tv.html. Like Sanders, he has a mantle of sincerity. He's a big, loveable buffoon, a loud and jolly Scottish-American pub-crawler with his disregard for political correctness and his shock of dyed blond hair. He's a sharp contrast to Sanders' quiet Jewish heartfelt grandfatherly kindness and dedication to the welfare of the downtrodden. However I think those two men have a lot more in common with each other than either of them do with the woman who will eventually defeat them both. 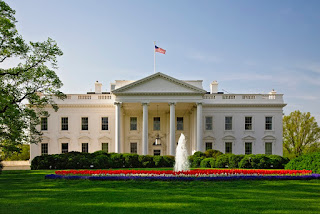 It's a perennial question: In a world where we can supposedly choose our rulers, why do we never end up with rulers we actually like? Democracy is one of the most evocative words in the English language; it is loaded down like no other with emotional, cultural and political baggage. Wars have been fought over democracy which have cost the lives of millions. Some people will start weeping at the very mention of the word. The quest for democracy has produced some of the most dramatic tales in history, from the Chartists to the Suffragettes to Mandela. We're told that democracy is the ideal form of government, the end goal of historical politics. Yet most democratic countries, even very old democracies, are suffering from a malaise. Democratic governments have a major credibility problem in their relationship with their citizens; some political leaders even have approval ratings in single figures. Cynicism is endemic and electoral turnout is low. Citizens will more often find themselves voting for negative reasons instead of positive; they’ll vote in order to keep somebody they don’t like out of office, rather than to elect somebody they do like. Democratic countries today are ruled by some of the most loathsome people imaginable. They are almost all cruel, stupid, selfish, weak, cowardly, corrupt and amoral; and, despite the fact that nominally we can “choose our leaders”, these kinds of people always rise to the top and nobody seems to know why, let alone how to stop them. The next President of the is one such person. A lot of fuss is being made at the moment about Donald Trump calling for the banning of Muslims from entering the . The British parliament are even debating whether to ban him from the (this would be an interesting situation if he were to win). There's a petition that currently has over half a million signatures demanding that, see: http://www.bbc.co.uk/news/uk-politics-35321834. Hilary Clinton is the wife of President Bill Clinton who did a two term stint through the 1990's. She is the current Secretary of State under President Obama and has supported his continuation of the "War on Terror"; this includes drone strikes in and the regime change in . After 's former leader Muammar Gaddafi was murdered in the street by a lynch mob she said: "We came, we saw, he died!" and laughs as if it were a big joke. Not only Gaddafi, but thousands of innocent Libyans were killed in that war, one her government deliberately stirred up. Ask any Muslim in the : would you rather be banned from entering the or have your wife and kids blown to pieces by a missile from a drone? Guess what reply you'd get. So why are Parliament not debating a ban on Hillary entering the country? Hillary claims that her presidency will include transparency on the UFO issue and this has impressed the Disclosure campaigner Stephen Bassett, but personally I'm far more dubious, see: http://hpanwo-voice.blogspot.co.uk/2016/01/hillary-talks-ufos.html. (On a positive note, when Hilary gets elected I've promised to remake my controversial Obama Disclosure video dressed as her! See: http://hpanwo-tv.blogspot.co.uk/2011/08/disclosure-is-here-president-admits.html.) Hilary is the chosen one. What we are going to see over the next few months is a sudden and inexplicable decline in the public presence of Donald Trump and Bernie Sanders. By November their very names will be virtually forgotten. Hillary will face some Republican non-entity like Rick Santorum or Ted Cruz, whom she will walk over with ease to become the first female President of the . Feminists will vote for Hillary for no other reason than her gender just like black people voted for Obama, virtually to a man, out of the same principle. Her status as a woman will disarm many of her opponents in the same way that Obama being black disarmed his; "Don't criticize the President, you racist!" If all else fails Donald Trump could always go for a walk in the woods like Dr David Kelly... and Bernie Sanders is getting on a bit in years; nobody lives forever you know! This is more of a warning than a prediction. It can be stopped, but only if the American people wake up to the forces truly controlling their nation.
See here for background: http://hpanwo-voice.blogspot.co.uk/2015/05/general-election-result.html.
And: http://hpanwo-voice.blogspot.co.uk/2015/04/not-voting-reply-to-thomas-g-clark.html.
And: http://hpanwo-voice.blogspot.co.uk/2014/07/house-of-cards.html.
Posted by Ben Emlyn-Jones at 16:02

See what I mean? http://www.rawstory.com/2016/02/something-smells-top-iowa-paper-calls-for-complete-audit-of-clintons-win-over-sanders/?utm_source=feedburner&utm_medium=feed&utm_campaign=Feed%3A+TheRawStory+%28The+Raw+Story%29