No Crib for a Bed in Oxford 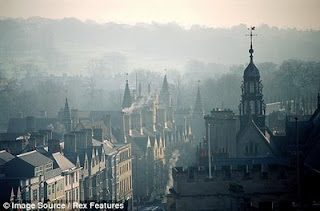 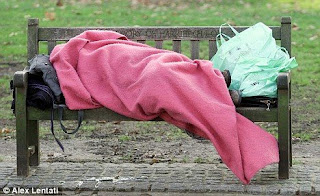 Source: http://www.dailymail.co.uk/news/article-1101948/A-crib-bed-Not-council-tells-homeless.html
Good grief! I had no idea this had happened! Now I look back and I can see that there were no tramps in Oxford this Christmas. I never asked why.
It's frightening that the council have taken on this new Big Brother power, the power to deport people from the city as if they're illegal immigrants of some kind. Nearly all the homeless are native Britons, yet they can be moved and banned from areas against their will. The council already put up no loitering laws on the Cowley Road to keep the homeless away from the park there. All this did was move them somewhere else. It does absolutely nothing to solve the actual cause of the problem of homelessness. As I've said many times before: (http://hpanwo.blogspot.com/2008/11/british-national-party.html and http://hpanwo.blogspot.com/2007/11/bnp-and-david-irving-at-oxford-union.html )It's bad enough that human beings are restricted from travelling around their home planet at will, but now we're even restricted within these artifical obscenties called "national borders".
What about me? Can they deport me as well? I have no official ID, no passport, no birth certificate. I also have no formal tenancy agreement on my home anymore, just a friendly word-of-mouth deal. I'm off the electoral register too. In truth, I can prove no links to the city any more than the tramps can.
Also, certain people in authority will use this as a foot in the door. Once they've made it acceptable to forcibly trasport the homeless then they can expand it to other groups, assylum-seekers, the elderly, disabled etc. We've got to stick together on this!
Pastor Neimoller could have written: "First they came for the homeless..."
Posted by Ben Emlyn-Jones at 10:41

I like the way you think, please send me link to your Richard Dawkins blog review of The God Delusion.

Here's the link, just copy and paste it: