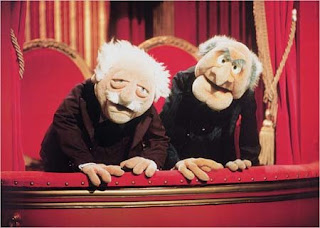 Who are these “critics”!? You keep hearing about them on any publication or TV show to do with movies. “’The Critics’ applaud this latest achievement by one of Hollywood’s top directors.”… “The reaction from ‘the critics’ has been rather lukewarm.” What does all this shit mean?

I never read a film review until I’ve seen the movie it’s of. This way I can watch the film without prejudice. But I know people who constantly scan the reviews and write-up’s. Some of them won’t go and see a movie if it’s had a bad review. This is terrible because it means that the Critics are making up their mind for them! There’s this absurd phrase: “Defying the Critics”. It refers to a movie that’s been panned by the Critics, but the public flock to see. Why “defying”? It suggests that the Critics have some sort of authority over what we like and do not like. “You’re not defying us are you? How could you! We decide your opinions, not your own tastes!” Sadly some people even denounce a film or TV show with a bad review without even watching it!

Have you ever defied the Critics? Have you ever watched a movie and really loved it, only to find that the Critics have given it a terrible review. I have several times. Have you seen this film?: http://www.imdb.com/title/tt0118661/ The Avengers is based on the popular 60’s TV series about secret agents and hi-tech espionage. This film was absolutely obliterated by the Critics! Here’s the review by the Radio Times:

The cult 1960s TV series gets royally shafted by Hollywood in this stunningly designed blockbuster that's stunningly awful in every other department. Ralph Fiennes and Uma Thurman couldn't be more miscast as John Steed and Emma Peel, here trying to stop villainous Sir August De Wynter (Sean Connery playing himself again) holding the world's weather to ransom and freezing London to an Arctic standstill. Ruthlessly edited before release and packed with arch one-liners, bad puns and vulgar double entendres, this is misguided and misbegotten to a simply staggering degree, while Jeremiah Chechik's mannered direction screeches the action to an unexciting halt at every flat turn. Terrible special effects and zero chemistry between Fiennes and Thurman make this notorious disaster a total waste of everyone's time and energy. (RT reviewer Alan Jones.)

But I loved it! I thought it was a very colourful and stylish piece of cinema; enormously entertaining. Funny and clever with its blend of futurism and anachrionistic touches. I have a mind of my own which I make up myself and I’m defying you, Alan Jones of the Radio Times! What are you going to do about it!?
Posted by Ben Emlyn-Jones at 18:03