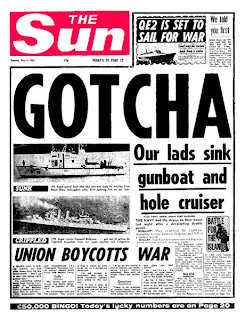 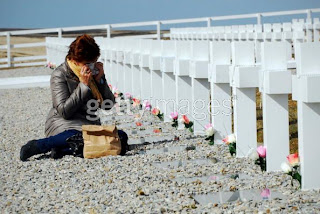 Could we be soon looking at another Falklands War… sorry… conflict? Yes, in 1982 war with Argentina was never officially declared so there was no war in fact. All the people killed were killed by conflict not war; remember that!

There’s a refreshing lack of hypocrisy in this new run-up to the Anglo-Argentine Falklands dispute. This time they’re making no pretence about the fact that it’s all going on because of the South Atlantic oil fields. We’ll see what happens next, but the problem is that the British armed forces are so stretched by their current commitment to Middle Eastern oil wars that they can’t cope with taking on Argentina too. Unlike in the days of Margaret Thatcher we have a Prime Minister who has the brains not to believe his own propaganda and therefore doesn’t allow his officials the luxury of delusion.
Posted by Ben Emlyn-Jones at 20:01

remember said...
Si, The McCanns still have alot of explaining yet to do.